The annual Virginia Film Festival (VFF) in Charlottesville recently celebrated its 31st year of operation on Nov.1-4 and offered attendees the opportunity to select from over 150 films, many of which arrived leaden with awards and critical acclaim from previous festivals like Cannes and Telluride. Programming content focused on specific themes and topics is also part of the VFF tradition and the 2018 event included a film series on Race in America, which included the premiere of Paul Robert’s Charlotteville about the tragic events of Aug. 11 & 12, 2017, and sidebars on Orson Welles, Virginia filmmakers, American folk culture and music and a vast array of international films.   END_OF_DOCUMENT_TOKEN_TO_BE_REPLACED 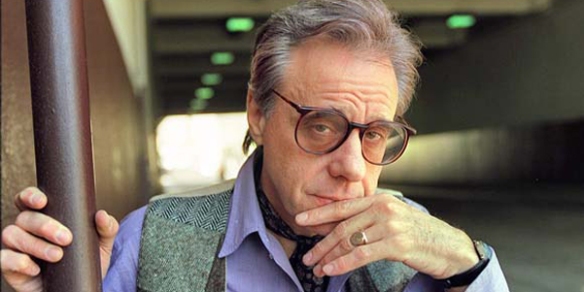 The following conversation with Peter Bogdanovich was conducted in April 2010 just prior to the first official TCM Classic Film Festival in which the director co-hosted a screening with Vanity Fair writer David Kamp of Orson Welles’ The Magnificent Ambersons. Bogdanovich, of course, was a close friend of Welles’ and is the creator of that indispensible interview collection, This is Orson Welles. Among other topics discussed are such films as Targets, What’s Up, Doc?, Paper Moon, Saint Jack, unproduced Welles’ projects like Heart of Darkness and Welles’s obsession with fake noses.   END_OF_DOCUMENT_TOKEN_TO_BE_REPLACED

Buck Henry has had a remarkable career in the entertainment industry, one that has encompassed acting, screenwriting, directing, producing and even dubbing foreign language film imports. Not content to sit on his laurels, Henry at age 86 remains active in Hollywood where he is allegedly working on the screenplay to Get Smart 2. His previous assignment was writing the screenplay for The Humbling (2014), a comedy-drama directed by Barry Levinson starring Al Pacino and based on the novel by Philip Roth.

In April 2010, Buck Henry was a guest at the first annual TCM Classic Film Festival in Hollywood and was present at a retrospective screening of The Graduate to answer questions from Vanity Fair contributor Sam Kashner. I conducted the following interview with Henry about his career prior to that festival for Turner Classic Movies.  END_OF_DOCUMENT_TOKEN_TO_BE_REPLACED 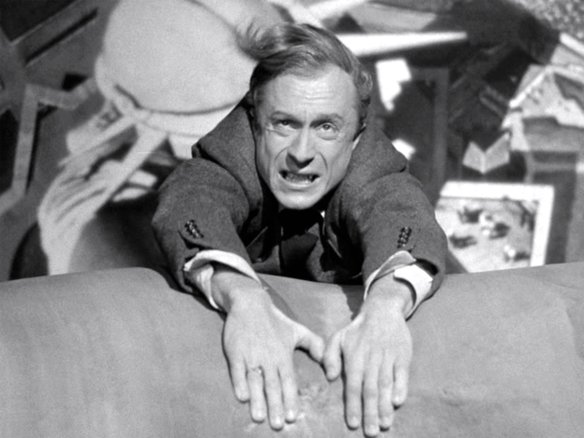 On November 8, 2017 Norman Lloyd will be 203 and he shows no signs of slowing down. In recent years, he has become the go-to historian for the American film industry’s golden era due to his friendship and working relationships with such cinema legends as Charlie Chaplin, Jean Renoir, Orson Welles, Alfred Hitchcock, John Garfield, Bernard Herrmann, John Houseman, Joseph Losey and others. Lloyd also continues to take acting roles (he has a nice cameo in the 2015 Judd Apatow comedy Trainwreck starring Amy Schumer) and appear as an interviewee in documentaries such as Marsha Hunt’s Sweet Adversity (2015) and Broadway: Beyond the Golden Age, which is currently in post-production.

*This is a revised and updated version of the original interview which was recorded in March 2010 just prior to Lloyd’s appearance at the first Turner Classic Movies Classic Film Festival.   END_OF_DOCUMENT_TOKEN_TO_BE_REPLACED

Along with his film adaptation of Vladimir Nabokov’s Laughter in the Dark (1969), Tony Richardson’s The Sailor from Gibraltar (1967) is probably the most obscure and rarely seen film from the director’s middle period, a time when he was floundering and unable to match the earlier critical and commercial success of his 1963 Tom Jones adaptation. There are many reasons for that, of course, and Richardson would probably admit it was one of his biggest disasters, if not the biggest. It also wasn’t intended for the average moviegoer and was much more attuned to art house cinema patrons with its enigmatic story based on the novel Le marin de Gibraltar by Marguerite Duras, whose screenplay for Hiroshima, Mon Amour received an Oscar® nomination in 1961 (even though the film was released in 1959). To date, The Sailor from Gibraltar is still missing in action with no legal DVD or Blu-Ray release available. END_OF_DOCUMENT_TOKEN_TO_BE_REPLACED

“When you are down and out something always turns up – and it is usually the noses of your friends.” – Orson Welles

When you’re a film actor, it’s easy to understand how one can obsess over some less than perfect facial or physical feature that is going to be magnified by the camera on the big screen. But in most cases these fears are usually unfounded and not even something the average moviegoer would notice or care about. Claudette Colbert and Jean Arthur both insisted on being shot from the left side for profiles; Colbert called the right side of her face “the dark side of the moon.” Fred Astaire used movement and positioning to distract people from what he felt were his unusually large hands and Bing Crosby dealt with his increasing baldness by wearing hats at all times (he refused to wear toupees). Orson Welles’ insecurity over the size of his nose, however, is probably the most baffling of the actor hangups I’ve read about.