“Hordes storm fortress!” “Tartars Abduct Viking beauty!” “Orgy celebrates conquest!” These were some of the tag lines used to promote the period epic The Tartars (1961), one of many European imports that reached American shores during a brief “sword and sandal” craze in the late fifties/early sixties. Hercules, the 1959 peplum sensation starring Steve Reeves, started it all. Producer Dino De Laurentiis bought the rights and distributed it in the U.S. in 1959, transforming it into a box office hit. After that, every major studio was scrambling to duplicate that success and MGM was no exception, importing such muscle-bound contenders as The Giant of Marathon (1960), Morgan the Pirate (1961) and The Son of Spartacus (aka The Slave, 1963) – all of them starring Steve Reeves. The Tartars, however, had a different pedigree and a more distinctive one. Not only was it helmed by Richard Thorpe, one of MGM’s most dependable directors of costume epics (Ivanhoe (1952), The Prisoner of Zenda (1952), Knights of the Round Table, 1953), but it sported two high profile marquee names – Victor Mature and Orson Welles.

END_OF_DOCUMENT_TOKEN_TO_BE_REPLACED 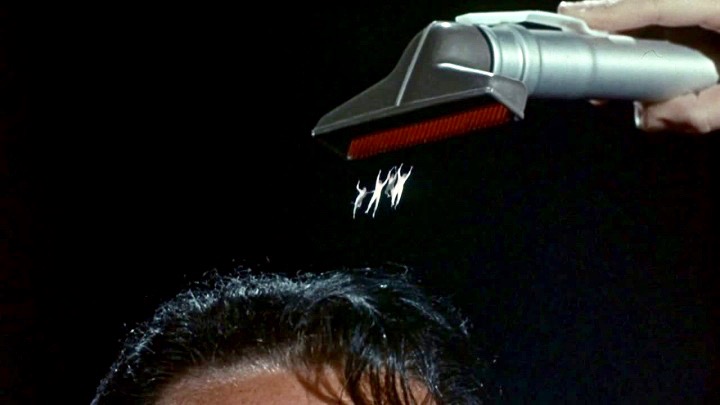 END_OF_DOCUMENT_TOKEN_TO_BE_REPLACED

Tourneur’s work in the early to mid-fifties might not have matched his glory years at RKO but he still managed to turn out occasional gems like the underrated Joel McCrea western, Stars in My Crown (1950), a late period noir (Nightfall, 1956) and a cult horror classic, Curse of the Demon (1958). Even the less distinguished films from his final years are worth a look and Timbuktu (1958) is a genuine curiosity, flaws and all.  END_OF_DOCUMENT_TOKEN_TO_BE_REPLACED