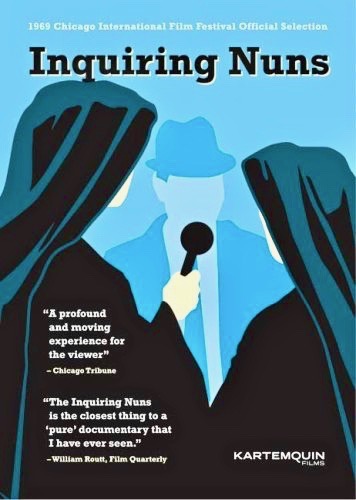 Man-on-the-street interviews can often be unexpectedly hilarious, insightful or surprising if the interviewer is a prankster like Triumph The Insult Comic Dog or a non-traditional reporter such as an anthropologist, professional prostitute or ….a pair of nuns. The latter, in fact, are showcased in the 1968 documentary, Inquiring Nuns, which is not an oddball stunt but a sincere attempt to capture some honest responses about the human condition via two unlikely interviewers. It was produced by Kartemquin Films, the non-profit documentary collective that was founded in 1966 in Chicago by Gordon Quinn, Jerry Temaner and Stan Karter and has produced such acclaimed work as Hoop Dreams (1995), Vietnam, Long Time Coming (1998), the PBS miniseries The New Americans (2004) and The Interrupters (2011). END_OF_DOCUMENT_TOKEN_TO_BE_REPLACED 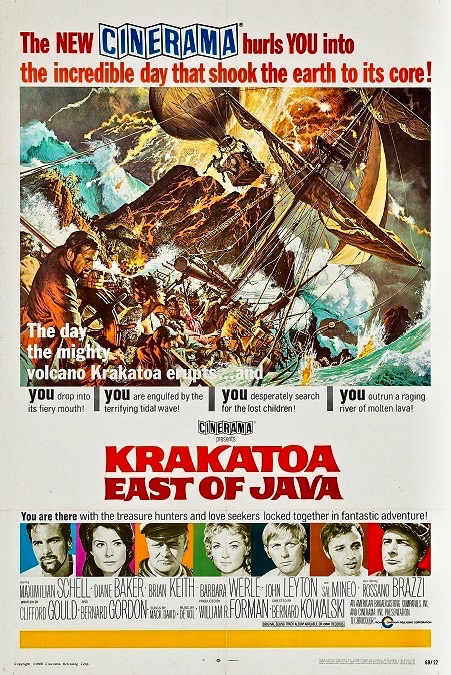 In the disaster film genre, Krakatoa, East of Java (1969) holds the distinction of being the only one presented in the Cinerama widescreen format but is also the most erroneously titled movie of all time. As many historians and movie critics have pointed out, Krakatoa is west of Java but veracity is not one of Hollywood’s strengths in producing historical epics. And Krakatoa, East of Java is not a factual recreation of the famous 1883 volcanic eruption in the Indian Ocean but a lavish B-movie adventure that uses the cataclysmic event only as the background and climactic resolution to its cavalcade of international stars and multiple subplots that play out as pure soap opera.  END_OF_DOCUMENT_TOKEN_TO_BE_REPLACED

A slice of early Americana. A showcase for some of W.C. Fields’ best gags and funny bits of business. The second screen pairing of two comedic actors that audiences loved seeing together. Tillie and Gus (1933) is all of those plus it marks the first major role of that pesky little Baby LeRoy, soon to be a regular tormentor of Fields. It also includes a scene-stealing trained duck and several eccentric character actors who make perfect foils for the title characters such as Clarence Wilson, George Barbier and Edgar Kennedy. Tillie and Gus might not be my favorite Fields’ movie (that’s a toss-up between The Bank Dick and It’s a Gift) but it is a constant delight and well worth seeing or revisiting for any Fields beginner or hard core fan.  END_OF_DOCUMENT_TOKEN_TO_BE_REPLACED

If you went by title alone, Alain Jessua’s Jeu de Massacre (released as The Killing Game in the U.S. and as Comic Book Hero in other territories) suggests it might be a murder mystery or a James Bond-like spy thriller which was still in vogue at the time of the film’s release in 1967. Instead, the film is a witty black comedy about the addictive power of pulp fiction – in this case, a superhero comic book – to ignite dangerous fantasies in readers whose grasp on reality is fragile.   END_OF_DOCUMENT_TOKEN_TO_BE_REPLACED