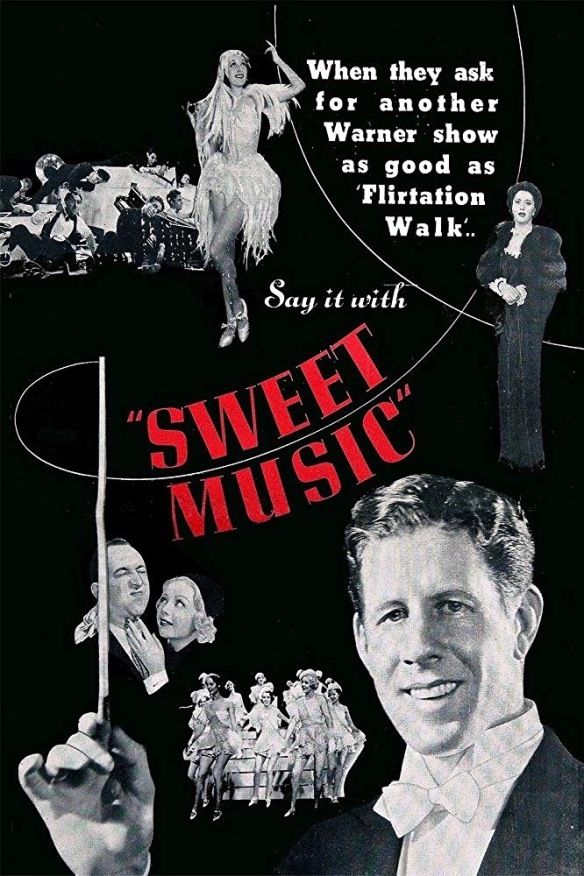 One of the more prestigious A-picture releases from Warner Bros. in 1935, Sweet Music was primarily designed as a star vehicle for the legendary crooner Rudy Vallee. In many ways, the movie could be seen as a distillation of his live appearances where he incorporated a great deal of humor into his act along with novelty songs and a jazz-influenced singing style that influenced Bing Crosby and other upcoming vocalists.  END_OF_DOCUMENT_TOKEN_TO_BE_REPLACED 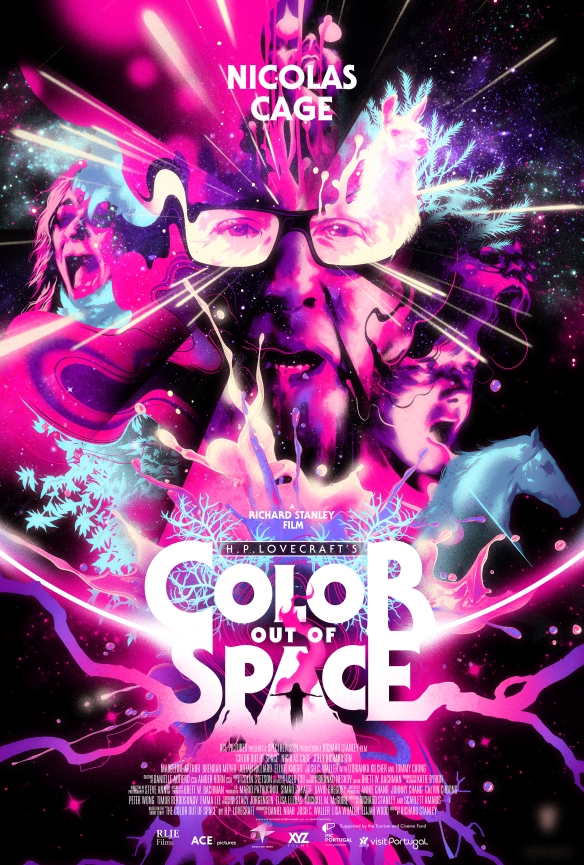 In 1990 South African filmmaker Richard Stanley made his feature film debut with Hardware, a post-apocalyptic tale about a killer cyborg on the rampage. Most critics who bothered to see it at the time dismissed it as a grungy rip-off of The Terminator and other genre favorites but it clearly had style to burn and sci-fi geeks embraced it despite the excessive violence (some of it was edited out in the original theatrical release). Next came Dust Devil (1992), an arty, mystical story of a demonic hitchhiker in pursuit of a runaway married woman in the African desert. It was distributed by Miramax and released in a re-edited version which added a narration and deleted 20 minutes. It was poorly distributed but Stanley’s dynamic visual aesthetic and offbeat narrative flourishes attracted the attention of Hollywood. Then New Line Cinema offered Stanley a dream project, a remake of H.G. Wells’ The Island of Dr. Moreau. 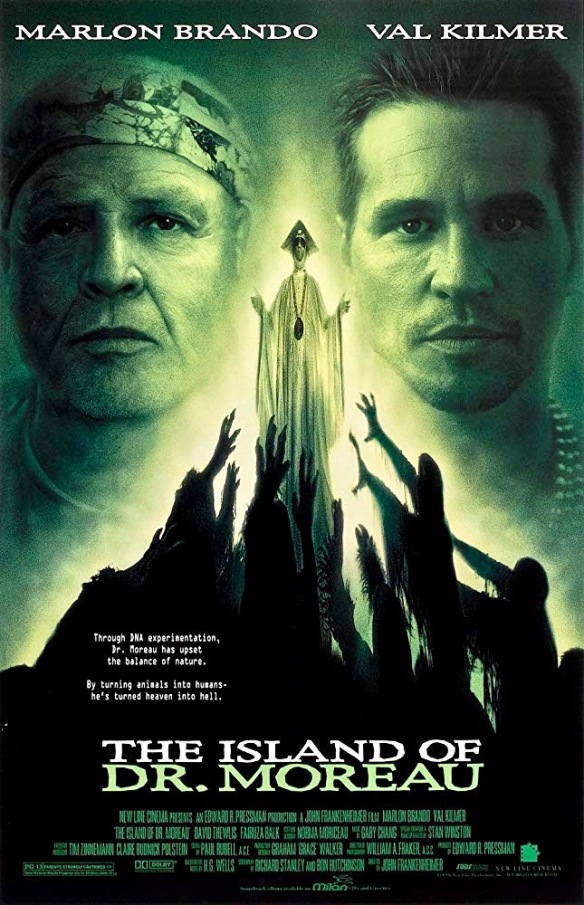 It quickly became a nightmare project. A hurricane destroyed the sets just prior to shooting and Val Kilmer, coming off the mega-success of Batman Forever, undermined and intimidated Stanley and had him fired just days into production. His replacement was John Frankenheimer but even he couldn’t save the film from the damage inflicted by the self-destructive egos of Kilmer and Marlon Brando. The 1996 release was a cinematic train wreck and Stanley, depressed and dejected, appeared to abandon film making forever. Now, 23 years later, he returns from the wilderness with Color Out of Space, an effectively creepy and atmospheric sci-fi/horror thriller that might be one of the best film adaptations yet of H.P. Lovecraft’s famous short story.   END_OF_DOCUMENT_TOKEN_TO_BE_REPLACED 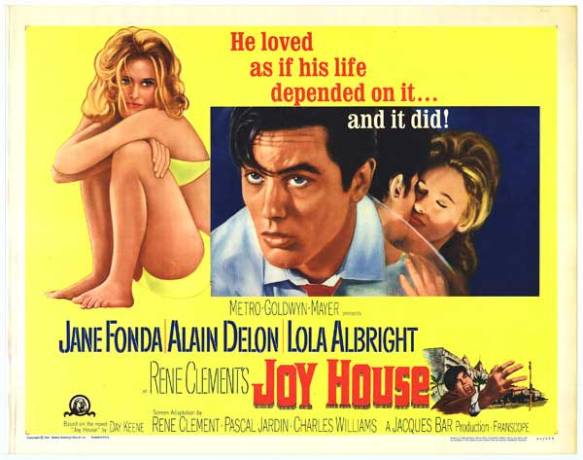 When a movie is released under various titles it usually means there are problems. It could be confusion over how to market it or a simple case of a movie that doesn’t fit clearly into any designated genre or maybe it’s a star-driven, major studio release that’s too quirky for the average moviegoer but yields enough curiosity value to inspire various promotional approaches to finding the right audience. All of these could apply to Joy House (1964), an international production based on a pulp fiction paperback by American author Day Keene and filmed on the Riviera near Nice. It stars English-speaking (Lola Albright, Jane Fonda, Sorrell Booke, George Gaynes of Tootsie fame) and French-speaking actors (Alain Delon, Andre Oumansky, Annette Poivre, Marc Mazza) and is also known as The Love Cage and Les Felins (the original French title). Joy House was not a popular success at the time (most critics were unkind in their coverage) but it is a favorite film of mine, flaws and all.   END_OF_DOCUMENT_TOKEN_TO_BE_REPLACED 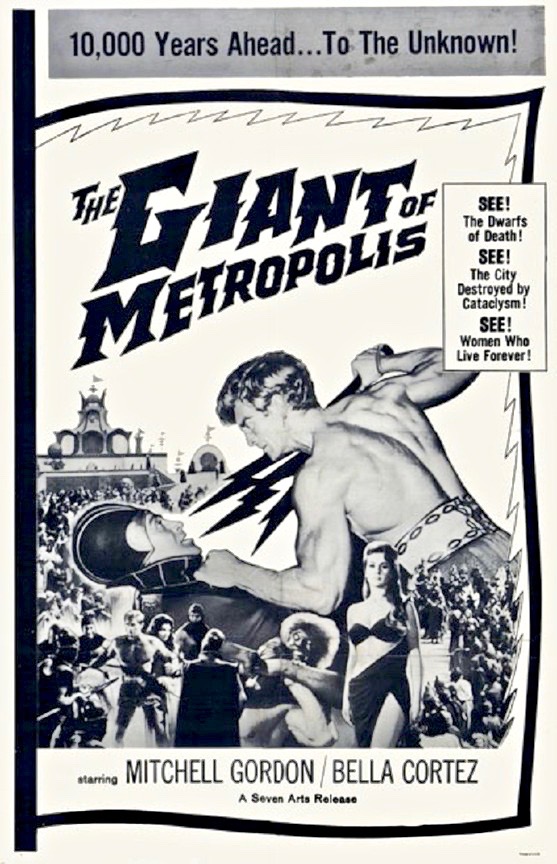 The sword and scandal genre rarely got much respect in the U.S. during its heyday and it was easy to see why. Aimed largely at indiscriminate male viewers, these action-adventure sagas were usually imported from Italy, poorly dubbed in English and featured some of the world’s most famous bodybuilders of that era (none of whom were known for their acting prowess) along with exotic female sex sirens. The plots were usually dumbed-down bastardizations of Greek and Roman myths or history and the production values were variable, mixing picturesque Italian locations with laughable special effects or papier-mache props. Due to their derivative nature and lowbrow appeal, few of these faux epics ever achieved classic movie status but occasionally one would stand out for its sheer weirdness alone like The Giant of Metropolis (1961), which is set in the year 20,000 A.C. and often looks like a Flash Gordon-inspired sci-fi adventure. END_OF_DOCUMENT_TOKEN_TO_BE_REPLACED