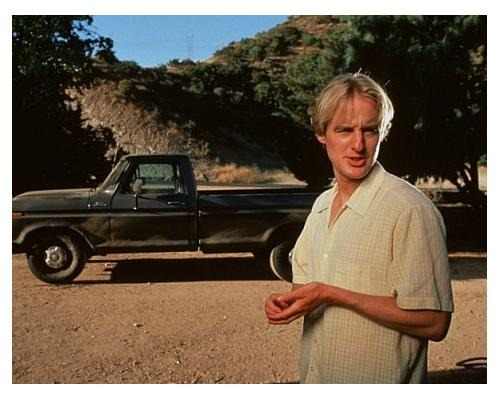 “Once when I was young I was lying in the grass and a spider crawled in my ear…and it crawled out again. Nobody home.” – Vann Siegert

The depiction of serial killers in movies tends to be unconditionally violent, horrific and sensationalized when you’re dealing with real and fictitious murderers like Son of Sam, The Boston Strangler, John Wayne Gacy and Hannibal Lecter. But Vann Siegert, the protagonist of The Minus Man (Hampton Fancher’s 1999 movie adaptation based on the 1991 Lew McCreary novel), doesn’t fit the standard serial killer profile. With his boyish charm, personable manner and disarming sense of humor, you’d never suspect on first impressions that he is a dangerous sociopath. But not dangerous in the predictable way. Instead of indulging in various forms of cruelty like mutilation, torture or rape, Vann is non-violent in his methods. He likes to dispatch his victims, both women and men, with amaretto, spiked with a lethal poison derived from a rare plant fungus. And why does he do this? Vann doesn’t always know the reasons himself but it has something to do with his search for meaning in the universe. It’s as if he’s an alien from another galaxy trying to kindly correct imperfect human behavior.    END_OF_DOCUMENT_TOKEN_TO_BE_REPLACED