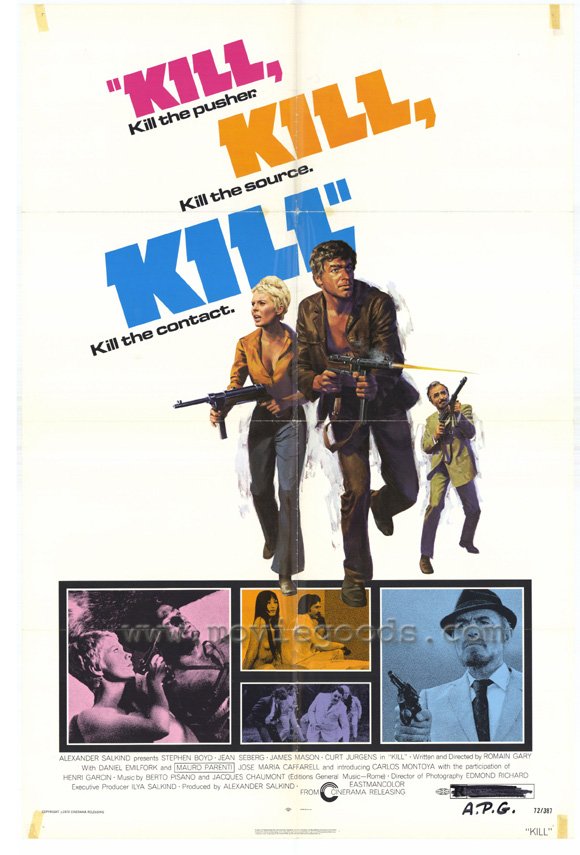 How many times do you need to say Kill! In a movie title if you want to stress that it is about murder on an international scale? Apparently the distributors of this 1971 oddity were uncertain about that so they created various poster versions for the global market that ranged from four emphatic Kills! to a succinct single Kill! for promotional purposes. They covered all their bases but forgot to identify a target audience for this chaotic, frenzied and wildly improbable mash-up that freebases elements from conspiracy thrillers, secret agent exploits and sexual melodramas with a political agenda. Of course, you wouldn’t expect anything less from author-turned-filmmaker Romain Gray whose only other directorial effort was the pretentious art house mega-bomb Birds in Peru (1968), which starred his wife Jean Seberg as a suicidal nymphomaniac in the Caribbean.   END_OF_DOCUMENT_TOKEN_TO_BE_REPLACED