Imagine a science-fiction influenced spy thriller about humanoid assassins directed by Jess Franco with a screenplay adaptation by Jean-Claude Carrière (a frequent collaborator with Luis Bunuel), a cool jazz score by Paul Misraki (Alphaville, Le Doulos, Les Cousins) and an international cast featuring Eddie Constantine, Fernando Rey and Francoise Brion. It sounds like a film buff’s fever dream but it actually exists. Released in 1966 during the height of the James Bond craze, Cartes sur table aka Attack of the Robots is a stylish and amusing entertainment that takes a standard world domination-by-madman scenario and infuses it with a cheeky sense of humor. The film will come as a surprise to those who only associate Jess Franco with Eurotrash favorites like 99 Women (1969), Vampyros Lesbos (1971) and Wanda, the Wicked Warden (1977). 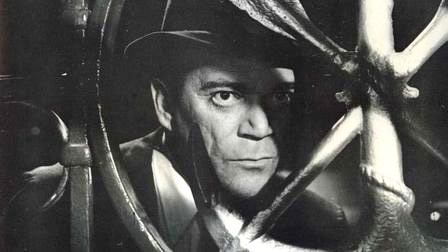