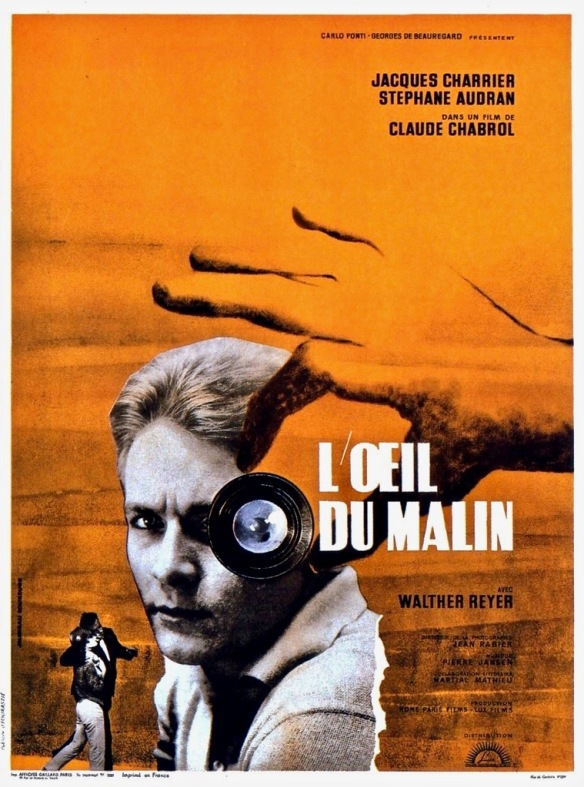 Among the French New Wave directors, Claude Chabrol was the most prolific filmmaker after Jean-Luc Godard but his work was always divided between personal projects and commercial vehicles which he felt obligated to make so he could finance the former. Unfortunately, most of his “for hire” projects like Code Name: Tiger (1964) and Who’s Got the Black Box? (1967) were not successful with the public and ended up adversely affecting his reputation among film critics after his acclaimed film debut, Le Beau Serge (1958). Although he enjoyed a major comeback in the late sixties-early seventies with such well-received efforts as Les Biches (1969), La Femme Infidele (1969) and Le Boucher (1970), the films he made between 1959 and 1967 were mostly regarded as minor or flawed works by French critics, which hurt their distribution chances outside of France. One title that fell through the cracks and is now being reassessed as one of his most important early works is The Third Lover (1962), which was released on Blu-Ray in late February of 2020.   END_OF_DOCUMENT_TOKEN_TO_BE_REPLACED

At the 23rd San Francisco Silent Film Festival (May 30-June 3, 2018), the Castro Theater played host to a diverse program of silent era masterpieces accompanied by live music, performed by either solo musicians, small ensembles or orchestras. Some of the new restorations screened included Ernst Lubitsch’s Rosita (1923) starring Mary Pickford, Buster Keaton’s Battling Butler (1926), the 1928 version of The Man Who Laughs with Conrad Veidt and a 1929 German version of The Hound of the Baskervilles, directed by Richard Oswald. As always, the festival also unveils several lesser known titles and rarities such as a magnificent new restoration of Prapancha Pash (aka A Throw of Dice), a 1929 Indian epic produced by Himansu Rai and directed by German filmmaker Franz Osten. A key pioneer effort from the early silent years of Indian cinema, A Throw of Dice holds up beautifully after almost ninety years with its exotic mix of adventure, romance, pageantry and sensuality. And it is an excellent entry point for any silent film beginner. END_OF_DOCUMENT_TOKEN_TO_BE_REPLACED