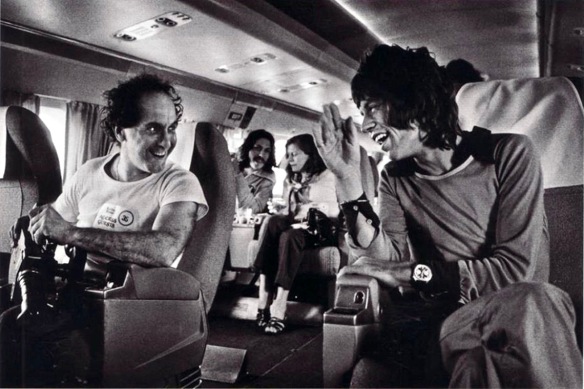 Photographer/filmmaker Robert Frank (left) and Mick Jagger (right) on The Rolling Stones’ private jet during their 1972 tour of the U.S. to promote the album “Exile on Main Street” as depicted in the rock documentary Cocksucker Blues (1972).

After being withheld from release for 15 years, Gerald Fox’s Leaving Home, Come Home: A Portrait of Robert Frank, is finally receiving a U.S. theatrical release. Famous for his seminal 1958 collection “The Americans,” Swiss-born photographer Frank is no stranger to films being withheld from public viewing and one of his most infamous projects C*cksucker Blues, a behind-the-scenes account of The Rolling Stones’ 1972 tour of America, remains unreleased to this day.  END_OF_DOCUMENT_TOKEN_TO_BE_REPLACED