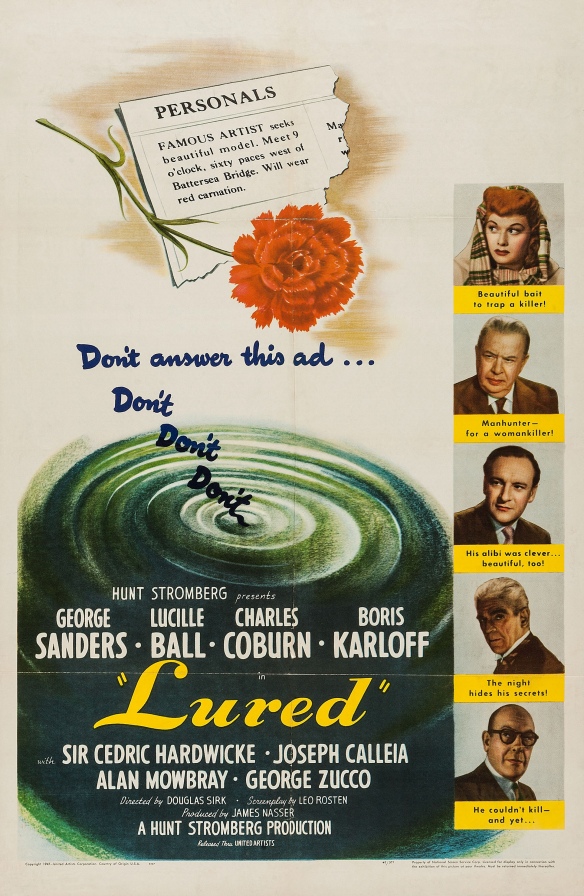 That unlikely combination in the header is just part of the quirky appeal of Lured, a 1947 mystery released by United Artists which is also equal parts comedy and romance. It was a remake of the French film Pieges [1939] by Robert Siodmak and starred Erich von Stroheim, Marie Déa and Maurice Chevalier. Most biographers of Lucille Ball and director Douglas Sirk have routinely dismissed it as an insignificant film in their careers but I think part of the problem was that critics and audiences expected a genuine thriller and got something else entirely. It is an eccentric original and highly recommended for anyone who wants to see Lucille Ball in one of her most underrated and accomplished performances; she plays dance hall hostess hired by the police as an undercover female detective and “bait” for a London serial killer.   END_OF_DOCUMENT_TOKEN_TO_BE_REPLACED