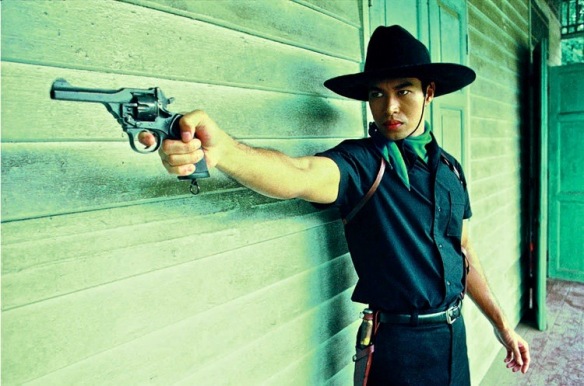 Chartchai Ngamsan stars as Thailand gunslinger Dum aka Black Tiger in the 2000 cult film, Tears of the Black Tiger.

When it first appeared in 2000, Tears of the Black Tiger (aka Fah Talai Jone), became an instant sensation at almost every film festival that programmed the directorial debut of Wisit Sasanatieng. One of the most ambitious productions to ever emerge from the Thai film industry, Tears of the Black Tiger seemed poised for international success upon its original release but got tangled up in distribution troubles and didn’t receive a U.S. theatrical release until seven years later, despite a great reception at the 2001 Seattle International Film Festival.    END_OF_DOCUMENT_TOKEN_TO_BE_REPLACED