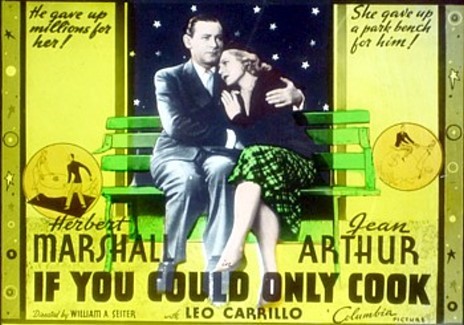 Whenever the subject of screwball comedy comes up, I usually think of the same handful of titles in this short-lived movie genre which began sometime in the early thirties with such models of the form as Twentieth Century (1934) and It Happened One Night (1934) and ended sometime in the early forties between the time of Preston Sturges’ The Palm Beach Story (1942) and Frank Capra’s Arsenic and Old Lace (1944).  Like the film noir genre which continues to yield overlooked gems like Crime Wave (1954) and Highway 301 (1950), many lesser known and almost forgotten entries in the screwball comedy category continue to resurface on Turner Classic Movies, reminding us that occasionally you might find a diamond in the rough. Such is the case with If You Could Only Cook (1935).  END_OF_DOCUMENT_TOKEN_TO_BE_REPLACED