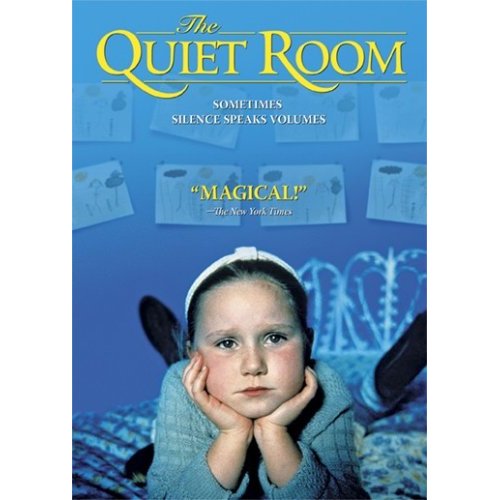 First person narration in films can be a tricky proposition. Not only can it become monotonous but it can also work against the visual storytelling, imposing a structure on the film that frustrates the viewer’s attempt to interpret and come to their own conclusions about events, characters and dialogue. One of the rare exceptions to this often overused device is Rolf de Heer’s THE QUIET ROOM (1996), the story of a marriage coming apart as told by the couple’s seven year old daughter. Seen from her viewpoint, the increasingly hostile relationship is something she can’t fully comprehend but she decides to take steps to alter her unhappy situation by refusing to speak until her parents reconcile. Despite a highly stylized visual approach (the cinematography is by Tony Clark), THE QUIET ROOM is a simply told but emotionally complex character study with moments of magical realism and a refreshingly unsentimental but compassionate look at how one child reacts to a marriage on the rocks.    END_OF_DOCUMENT_TOKEN_TO_BE_REPLACED