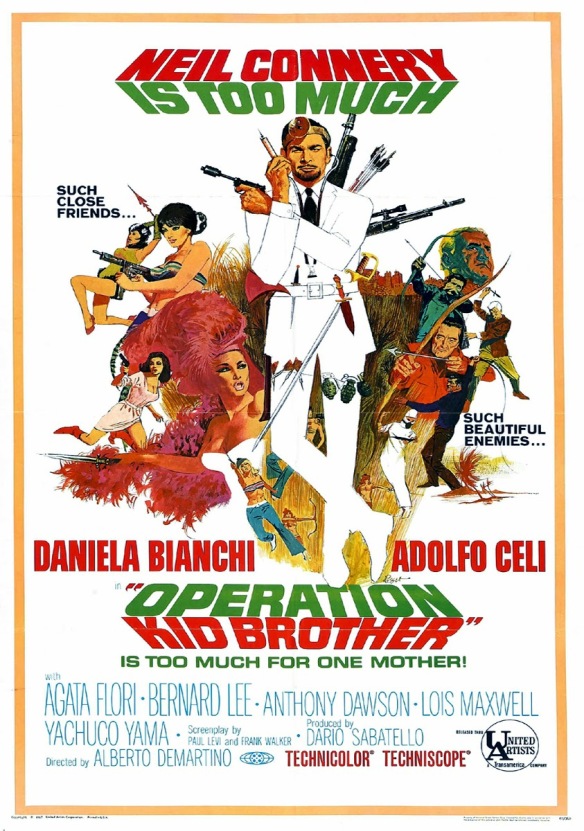 The James Bond film craze of the 1960s was responsible for launching a secret agent/spy movie sub-genre that thrived for more than a decade. Some of the imitators like Our Man Flint (1966) and The Silencers (1966) even spawned mini-franchises but the majority of them were strictly B-movies with international casts and exotic locations. One of the more obscure and unusual entries is Operation Kid Brother (1967), which is an entertainingly bad knockoff and sports a genuine Sean Connery-007 connection. It stars younger sibling Neil Connery in his screen debut.    END_OF_DOCUMENT_TOKEN_TO_BE_REPLACED