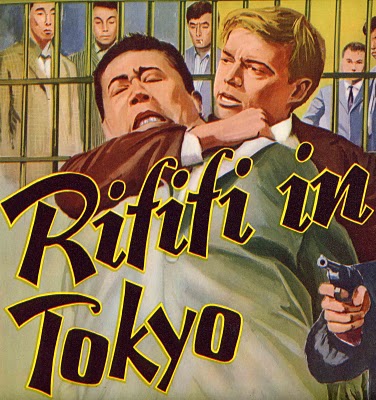 Rififi, Jules Dassin’s quintessential 1955 noir/heist thriller, had quite an impact on the European crime movie genre in its day, although most of its imitators or similarly inspired creations rarely found distribution in the U.S. except as English-dubbed second features in limited runs in a few major cities like New York. I have yet to read of any major film critics or movie buffs like Quentin Tarantino championing any of the Rififi knockoffs. But for anyone with a soft spot for heist films, you might enjoy sampling some of these lesser efforts, particularly RIFIFI IN TOKYO (1963).      END_OF_DOCUMENT_TOKEN_TO_BE_REPLACED