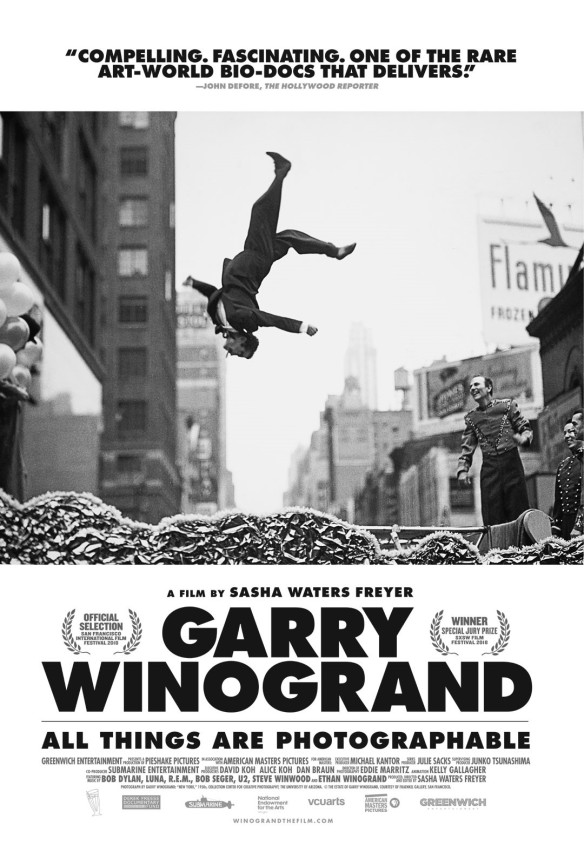 The name Garry Winogrand might not be familiar to you but you have probably seen some of his most famous photographs over the years. There are his candid celebrity shots that include a young John F. Kennedy amid attendees at the Democratic National Convention in Los Angeles circa 1960 and Marilyn Monroe on the set of Billy Wilder’s The Seven Year Itch (1955) as she stands over a subway grate, her skirt billowing around her. More typical are his street scenes and public places portraits such as the one of a young couple frolicking in the surf at Coney Island or the acrobat caught in mid-air above the sidewalk. All of these and many more are included in a deep dive of his four-decade archive in Sasha Waters Freyer’s engrossing documentary, Garry Winogrand: All Things Are Photographable. END_OF_DOCUMENT_TOKEN_TO_BE_REPLACED