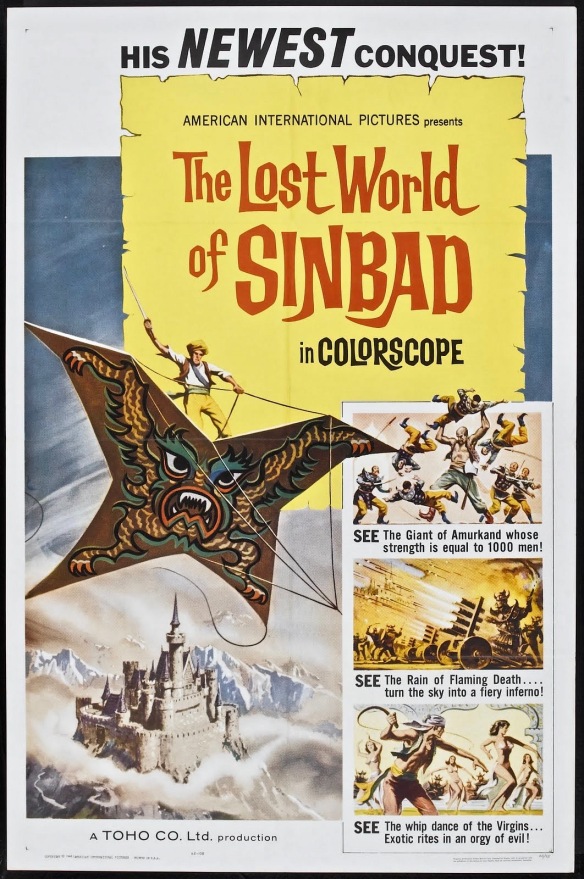 Most moviegoers know Toshiro Mifune from his long and fruitful association with director Akira Kurosawa, most prominently Rashomon and The Seven Samurai, and a handful of major works from other directors in the Japanese cinema such as Kenji Mizoguchi’s The Life of Oharu (1952) and Hiroshi Inagaki’s Samurai Trilogy. But beyond his many period samurai roles and his more contemporary dramas and noirs (Drunken Angel, Stray Dog, The Bad Sleep Well), Mifune was much more than an international art house darling and award winning actor. He was a popular star and a product of the Japanese studio system just as Clark Gable and Spencer Tracy were creations of the Hollywood studio system. Like those two screen icons, Mifune also had his share of genre programmers and lowbrow general audience entertainments but The Lost World of Sinbad aka Samurai Pirate aka (1963) is one of his more enjoyable and eccentric efforts.   END_OF_DOCUMENT_TOKEN_TO_BE_REPLACED