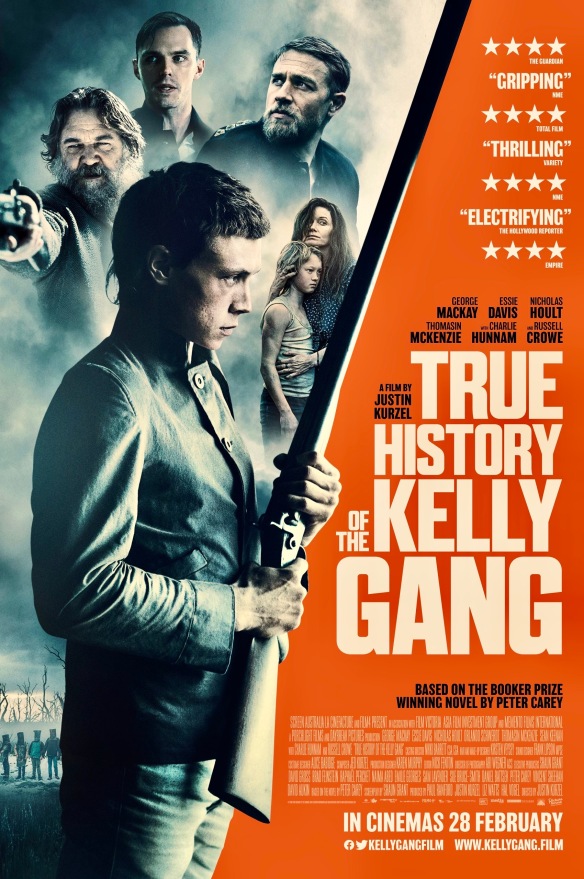 In 2011, Justin Kurzel, an Australian director, first attracted attention for his feature film debut, The Smalltown Murders, which was based on the crimes of serial killer John Bunting in South Australia. For his follow-up film, he went to Scotland and made a savage, stylized interpretation of MacBeth (2015) starring Michael Fassbinder, which was nominated for the Palme d’Oro at the Cannes Film Festival. Then Kurzel graduated to the major leagues for Assassin’s Creed (2016), a big budget fantasy adventure filmed in Malta, Spain and the UK and based on the popular video game series. The critics savaged it, moviegoers were indifferent, and it was considered one of the biggest bombs of 2016. After that, Kurzel returned to his homeland and decided to focus on a folk hero who is still a polarizing figure in his country’s history – Ned Kelly. The subsequent film, True History of the Kelly Gang (2019), is a visually dynamic and emotionally chaotic biopic which might be the most unusual interpretation yet of Australia’s infamous outlaw.   END_OF_DOCUMENT_TOKEN_TO_BE_REPLACED