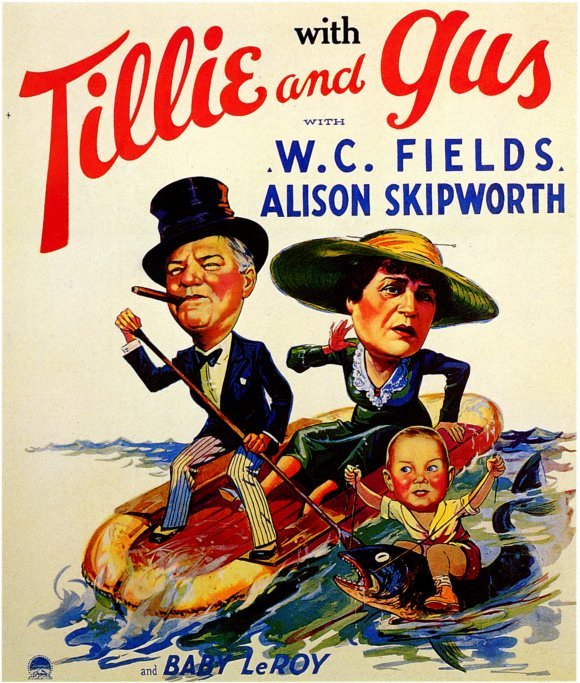 A slice of early Americana. A showcase for some of W.C. Fields’ best gags and funny bits of business. The second screen pairing of two comedic actors that audiences loved seeing together. Tillie and Gus (1933) is all of those plus it marks the first major role of that pesky little Baby LeRoy, soon to be a regular tormentor of Fields. It also includes a scene-stealing trained duck and several eccentric character actors who make perfect foils for the title characters such as Clarence Wilson, George Barbier and Edgar Kennedy. Tillie and Gus might not be my favorite Fields’ movie (that’s a toss-up between The Bank Dick and It’s a Gift) but it is a constant delight and well worth seeing or revisiting for any Fields beginner or hard core fan. 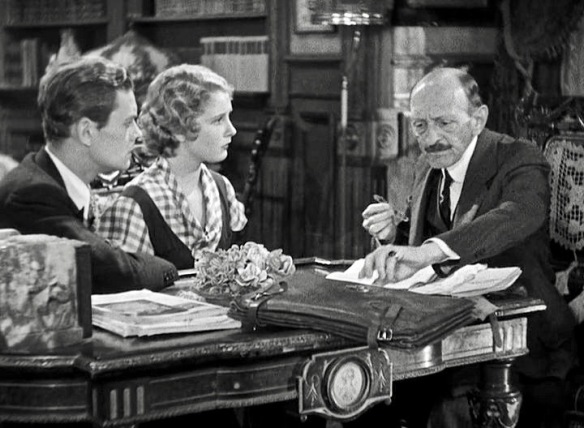 The film, directed by Francis Martin, is little more than a flimsy premise held together by a string of sight gags but the loose, rambling style and eccentric pacing are consistently amusing for the duration of its brief 58 minute running time. The story opens with a young couple, Tom and Mary Sheridan (Phillip Trent aka Clifford Jones and Julie Bishop aka Jacqueline Wells), their child (Baby LeRoy) and pet duck, being swindled out of their family home by the executor of the state and local shyster lawyer Phineas Pratt (Clarence Wilson). The Fairy Queen, their only asset which they refused to sell to Pratt, is a broken-down riverboat that they decide to repair and turn into a business venture. But their right to open a competing business is challenged by Pratt with backing from the local sheriff and settled in a 4th of July race between The Keystone (Pratt’s boat) and The Fairy Queen, the winner of which will own the local steamboat trade. 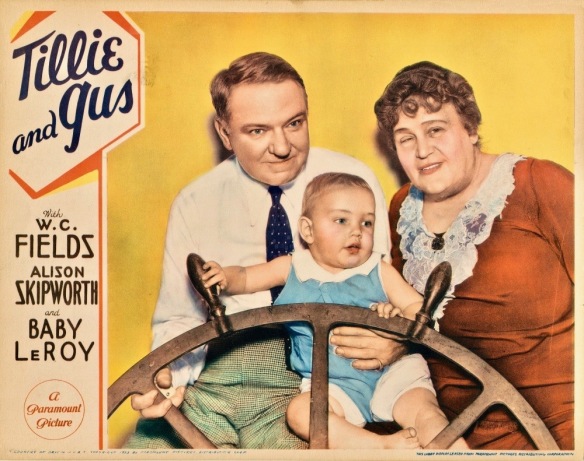 Coming to the rescue are Mary’s distant relatives, Tillie and Gus Winterbottom (Alison Skipworth and W.C. Fields), rumored to be working in China as missionaries. In reality the once-married couple have been separated for years but are reunited for the sake of appearances and the possibility that they stand to inherit money from Mary’s estate. Both experienced con-artists, Tillie and Gus match their wits against the more blatantly dishonest Pratt in a fight that is a blight on the name of good sportsmanship and justice and completely American in its comical irreverence. 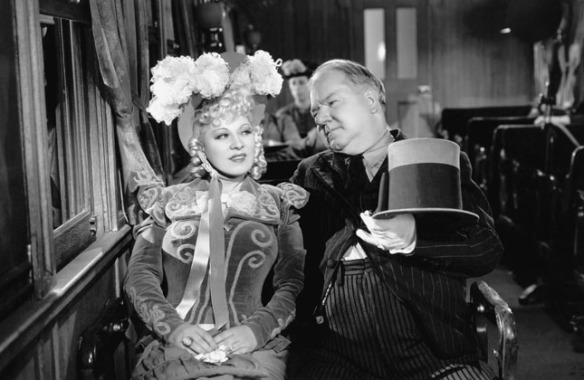 Although Fields’ most famous female partner-in-crime was Mae West in My Little Chickadee (1940), a disappointment that compromised and straight-jacketed both comic’s best qualities, Skipworth is a much better match for him, complimenting his eccentricities with her own cockeyed brand of humor. They clicked together on screen so well in their segment of If I Had a Million (1932), that Paramount reteamed them for this and Six of a Kind (1934). 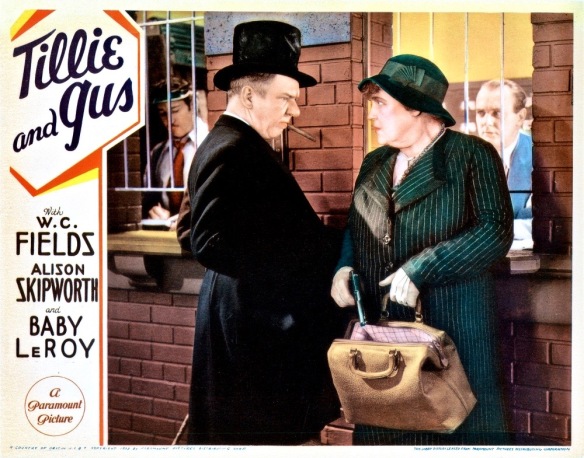 In many of her comedies, Skipworth plays crafty opportunists posing as grande dames or high society matrons like her character in the Carole Lombard comedy, The Princess Comes Across (1936) – an underrated treat if you haven’t seen it. In Tillie and Gus, Skipworth plays a former gambling club owner and her first reunion scene with Fields in a train station ticket office is classic – she instinctively reaches for the gun in her purse to shoot him on sight (“The passing years have slowed you on the draw, my little chickadee,” Fields says to her as he grabs the gun). But they quickly put their differences aside for purely financial reasons, resulting in some very amusing scams and escapades, with their sabotaging of The Keystone a high point. 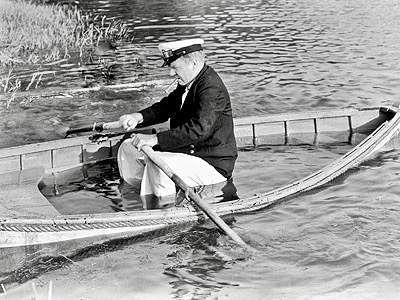 W.C. Fields finds himself in another fine mess in Tillie and Gus (1933).

Fields reprises the famous poker game sequence from his stage production of Poppy (later filmed as a movie in 1936), displays his dexterity with various coin and hat tricks and in one of Tillie and Gus‘s best scenes, tries to mix paint while following the instructions of a radio announcer. Intended as a parody of the “Handy Andy” broadcasts of its day, the routine was almost vetoed by the film’s producer Douglas MacLean because he didn’t think it was funny or advanced the storyline. Luckily, the scene was not cut from the movie and has a wild, improvisational quality like many of Fields’ sight gags, most of them as fresh and funny today as they were then. It’s quite possible this paint-mixing scene – with its escalating pace and resulting chaos – was the inspiration for that frantic chocolate factory assembly line sequence in a famous “I Love Lucy” episode. 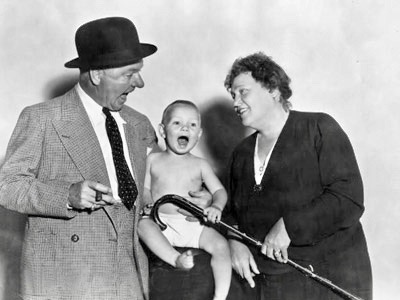 A publicity still of W.C. Fields, Baby Leroy and Alison Skipworth from Tillie and Gus (1933).

Equally funny are the encounters between Fields and Baby LeRoy, referred to here as “The King,” and the film is brimming with Fields’ comic revulsion of children. In fact, he makes his feelings quite clear early in the film in this exchange (which is a reworking of a famous Jonathan Swift quote):

Gus: I do if they’re properly cooked. 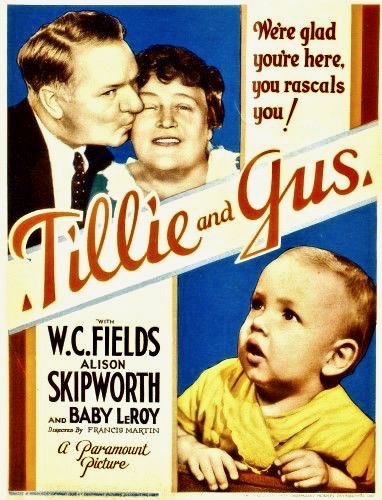 Baby LeRoy is a mischievous little prankster throughout and his clueless behavior almost leads to the loss of the all-important riverboat race and to his own demise as well, situations that are played for lighthearted laughs. In fact, a good deal of the humor derived from Baby LeRoy comes from placing him in harm’s way such as having him plopped in a bathtub and then yanked overboard into the river’s current, knowing he will gleefully pull the plug out of the floating bathtub just to see what happens. 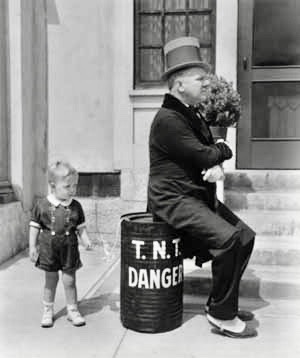 Fields’ true feelings toward Baby LeRoy differ depending on whose biography of Fields you read. He obviously realized LeRoy was a great foil for his humor and a key factor in the success of Tillie and Gus, The Old Fashioned Way (1934) and It’s a Gift (1934). According to James Curtis in his biography, W.C. Fields, the youngster’s temperamental behavior caused many delays in the filming of Tillie and Gus: “The principal shot in which Fields held the child lasted just forty seconds, but it began to look as if it would take an entire day to make.” [Fields later said] “We took the scene over and over again for hours on end. They gave the child a drink of water…They gave him his milk bottle…I told his nurse to get me a racing form and I would play nurse until she returned. I quietly removed the nipple from Baby LeRoy’s bottle, dropped in a couple of noggins of gin, and returned it to Baby LeRoy. After sucking on the pacifier for a few minutes, he staggered through the scene like a Barrymore.” Fields’ account of this has passed into history but he was famous for embellishing or stretching the truth when relating anecdotal stories. 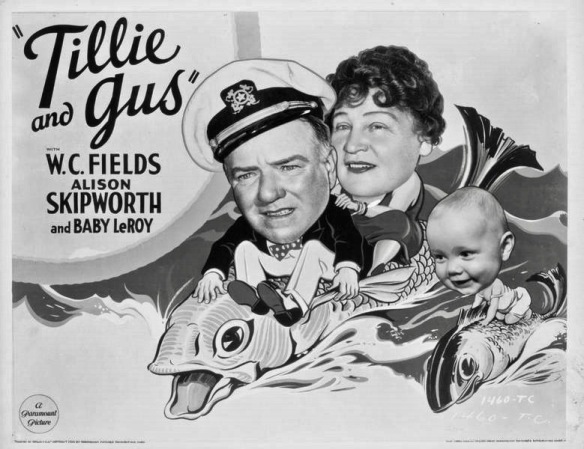 Simon Louvish in his book, Man on the Flying Trapeze: The Life and Times of W.C. Fields, wrote that LeRoy, in later years, “could not recall the actor ever being mean to him. The legends of Bill spiking his orange juice with gin, on the set of It’s a Gift, may well be true, but Fields may have been simply initiating him thus into his inner circle. Certainly he was keen to have the Baby on board, as his most effective and challenging straight man. Production stills from Tillie and Gus show Fields holding the legendary brat on his shoulders with cheerful sang-froid.” 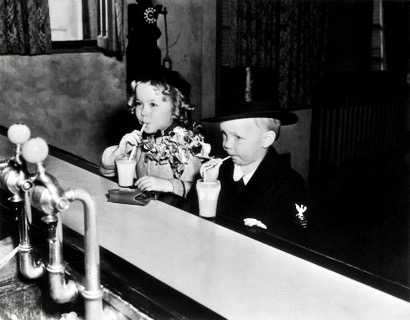 Baby LeRoy, who real name was Le Roy Overacker, had a relatively brief career, 9 films & 1 comedy short within a three year period. But he holds the distinction of being the youngest actor to ever receive star billing and made his screen debut in A Bedtime Story (1933) when he was not yet one year old (Baby Peggy was 3 years old and Shirley Temple was four when they began their careers). 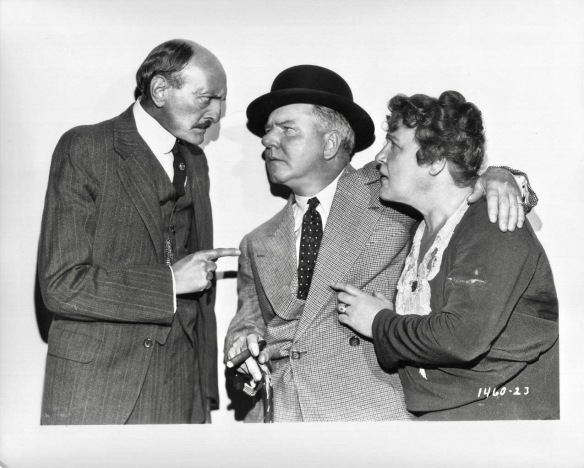 Like many of W.C. Fields’ features and shorts, Tillie and Gus, once available on DVD, went out of print but was later re-released by the Universal Vault Collection in 2015 and is still available. But with the exception of two silent Fields comedies – Running Wild (1927) and It’s the Old Army Game (1926), released by Kino Lorber in 2018, Universal (which owns the pre-1948 Paramount library) has not to my knowledge licensed or released any other W.C. Fields comedies and shorts on Blu-Ray in remastered editions, which is a shame because the image and audio quality on most of the still available Fields’s titles on DVD is adequate but could be improved. Even The Criterion Collection DVD release of The Bank Dick could use a major upgrade. 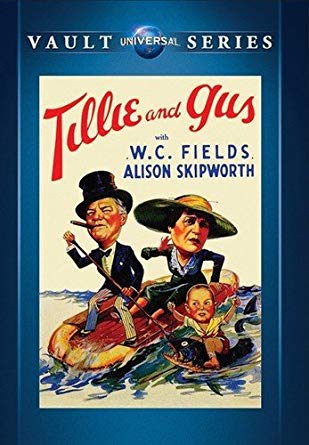 *This is a revised and updated version of an article that originally appeared on Movie Morlocks (later renamed Filmstruck), the official blog of Turner Classic Movies. 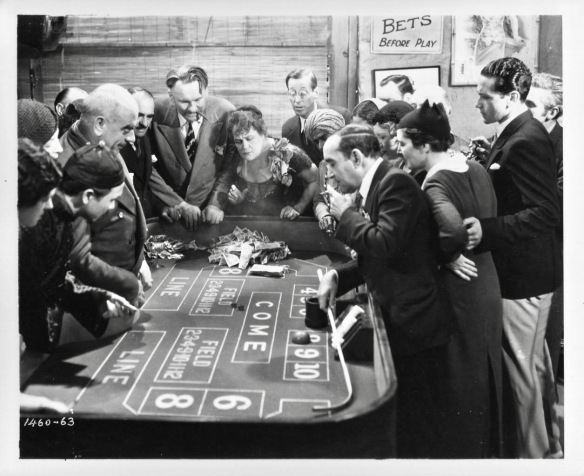 Alison Skipworth (center at gambling table) plays a con-artist masquerading as a missionary opposite W.C. Fields in Tillie and Gus (1933).