July 20, 2021 will mark the 52nd anniversary of man’s first moon landing by Apollo 11 and the perfect way to celebrate the event is to watch Al Reinert’s 1989 documentary on the Apollo space program, For All Mankind (not to be confused with the 2019 TV series of the same name). For those who haven’t seen it, this is not your typical talking heads documentary. The film mixes together footage from all of the Apollo missions (as well as material from the Gemini missions) in a mesmerizing, impressionistic montage with a sound design of audio bites by various astronauts, mission control personal and newscasters (none of whom are identified on-screen) and eerie music by Brian Eno with the inevitable snippet of Richard Strauss’ “Also Sprake Zarathustra” and a rendition of Santo and Johnny’s “Sleepwalk,” performed by Lee DeCarlo and Peter Manning Robinson. The emphasis is on the fulfillment of a seemingly impossible quest and not so much the individuals involved but there is one fascinating segment of For All Mankind which reveals some of the music selections the astronauts carried to the moon and is probably still being enjoyed in some distant galaxy right now.

END_OF_DOCUMENT_TOKEN_TO_BE_REPLACED 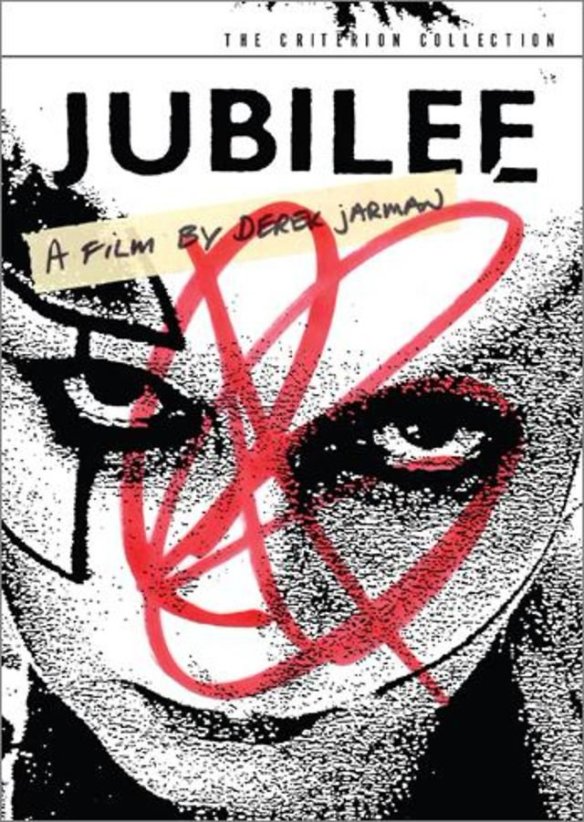 One of the few films to emerge from Britain’s punk rock movement of the mid-seventies that succinctly expressed the anger and anarchic spirit of the times, Jubilee (1978) is possibly director Derek Jarman’s most accessible film though its irreverent mixture of history, fantasy and agitprop shot, guerilla-style, on the back streets of London is not for everyone. The loosely structured film has a framing device that is set in the year 1578 as Queen Elizabeth I ponders the future of her country. Along with her court magician, Dr. John Dee, and lady-in-waiting, she is transported to contemporary England by the angel Ariel. There she finds a mirror image of herself as Bod, the leader of an outlaw band of deviants, who struggles for dominance in a post-Margaret Thatcher wasteland controlled by the fascist media mogul Borgia Ginz.   END_OF_DOCUMENT_TOKEN_TO_BE_REPLACED