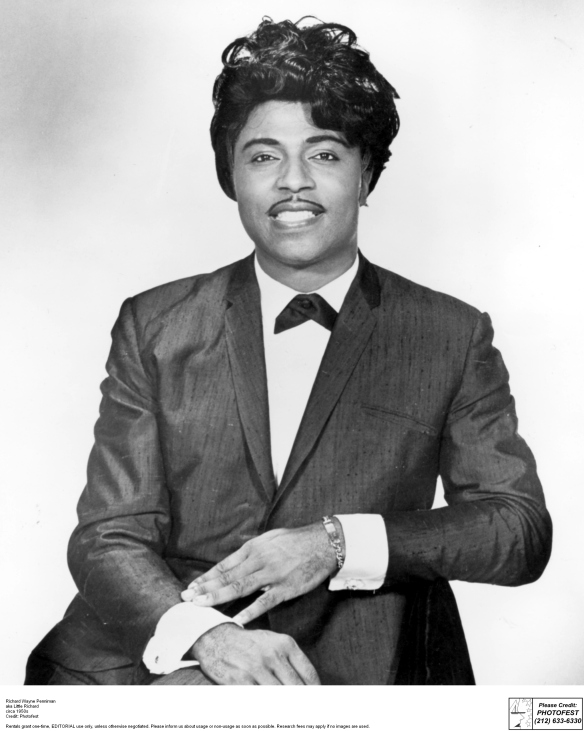 Those who follow the contemporary art scene and are well versed in art history know William Klein as one of the most influential American photographers to emerge in the fifties along with his contemporary Robert Frank. Famous for his unconventional fashion shoots for Vogue as well as his candid documentation of New York City street life, Klein went on to apply his photo-diary approach to Rome, Moscow and Tokyo in the sixties, all of which are available individually as photography collections. He is less well known for his idiosyncratic films (Eldridge Cleaver, Black Panther, 1970) and shorts (Broadway By Light, 1958) but luckily some of his best work is available on DVD – his intimate 1969 portrait of Muhammad Ali, Float Like a Butterfly, Sting Like a Bee (aka Muhammad Ali, the Greatest) and the Eclipse collection, The Delirious Fictions of William Klein that includes Who Are You, Polly Maggoo? (1966), Mr. Freedom (1969) and The Model Couple (1977). But I still want to see more of his cinema explorations made available and The Little Richard Story (1980), a West German production, is at the top of my list.

Little Richard and his fans

I first saw The Little Richard Story at the High Museum of Atlanta in the early eighties. I was expecting a personal, insider take on the rock ‘n’ roll legend in the style of the Muhammed Ali documentary but it’s more like a combination of Samuel Beckett’s Waiting for Godot and a pop culture love letter/shrine to the larger-than-life personality that is Little Richard. The project started out promisingly with LR agreeing to provide full access to Klein and his crew. This was at a low point in the musician’s career and he needed a boost but he was also flip-flopping back and forth between his flamboyant diva rocker persona and his born-again alter ego.

You never knew which one you were going to get when he turned up on television or at public appearances back then. It wasn’t until the mid-eighties that he stabilized for a while and enjoyed a comeback of sorts in Down and Out in Beverly Hills (1986), opposite Richard Dreyfuss, Bette Midler and Nick Nolte, all of whom had already experienced some severe career slumps of their own. 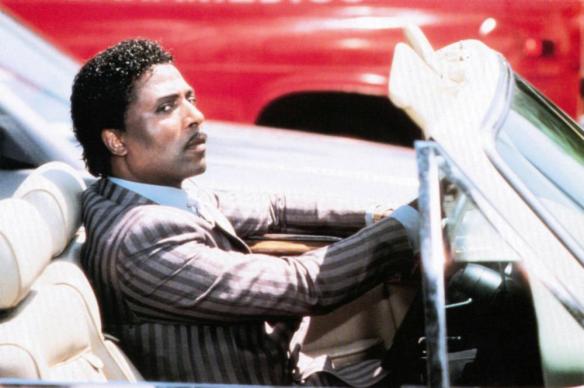 DOWN AND OUT IN BEVERLY HILLS, Little Richard, 1986, Buena Vista

Shortly after Klein began filming on The Little Richard Story he was faced with a daunting obstacle. His subject disappeared after filming only a few segments and was missing in action for the rest of the shoot. According to various reports, Little Richard either quit the project because Christian affiliates persuaded him not to do it or he became paranoid that he was being exploited by his managers or it was over money. Regardless of the reasons, Klein had to figure out another strategy for his film and he came up with a wildly creative solution that captures the exuberant spirit of Little Richard but also depicts a crazy quilt of American subcultures, some of which may come as a surprise to viewers. 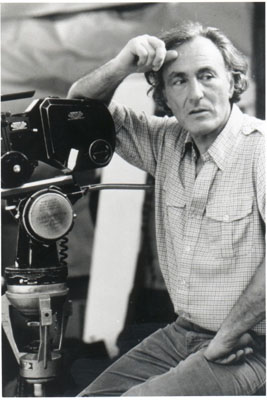 Like some of Klein’s photo studies of the marginalized, the fringe dwellers, and the outsiders in our midst, he focuses on Little Richard impersonators, hairdressers, former associates and musicians who worked with LR, record collectors, Nashville Bible publishers, and street people and local residents of Macon, Ga. (the birthplace and home of Little Richard). Add this into a mix that includes archival footage of the entertainer performing on The Glen Campbell Goodtime Hour and clips from Don’t Knock the Rock (1956), D.A. Pennebaker’s Keep on ‘Rockin’ (1969), and The London Rock and Roll Show (1973) and you have a strange animal that not’s quite fiction and not quite documentary.

It’s even better than I remember it. While cleaning out some VHS tapes recently, I came across a screener of The Little Richard Story and watched it again. I no longer remember how I acquired the screener but, to my knowledge, it has never been available for sale on any format in this country. That’s a shame but maybe Criterion could consider it as a future release. I suspect there are major music rights problems though because you hear snatches of most of the major hits from “Lucille” to “Tutti Frutti” to “Rip It Up” to “Slippin’ and Sliding.” If you’re looking for vintage Little Richard concert or performance footage, however, you should search elsewhere since he is barely a supporting player here.

To give you some idea of the movie’s playful, faux-mythic nature, The Little Richard Story opens with grainy footage of the legend performing and a solemn narrator stating, “We went looking for Little Richard, the King of Rock ‘n’ Roll….from Macon, Georgia to Nashville to Hollywood from 1956 to 1980. We found him. We lost him. We found dozens of fake Little Richards and this is how it happened.” But other than that set-up, there is no other narration and Klein tells his story through the people he captures on film and what they say or sing. 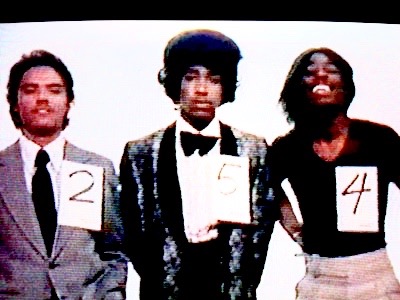 Little Richard impersonators hope to be immortalized by director William Klein in his offbeat quasi-documentary portrait, The Little Richard Story (1980).

A sizable portion of the film is devoted to an audition for Little Richard impersonators of all shapes and sizes and talent. From filming them in sets of three against stark white studio walls or panning across a sea of hopeful faces or placing them in the back seat of an open convertible, riding through the wealthy neighborhoods of Hollywood, Klein serves up a full battalion of Little Richards that matches Spartacus’s troops in terms of allegiance and fanaticism.

The Little Richard Story is also raw, profane and unapologetically earthy in those sections of the documentary where some of Little Richard’s former employees and hometown acquaintances share colorful anecdotes about the legend’s sexual preferences. One interviewee, who claimed to be Little Richard’s chauffeur at one time, states with complete authority, “Richard was a bisexual, he wasn’t a homosexual….You could get a fine chick like Marilyn Monroe or Jayne Mansfield, he’d fold back the money and you couldn’t find it with a microscope. But if he had an ugly, black, nappy-haired woman, his joint would be like a brick and he couldn’t get it down. He’d hang with her all night there, pulling on it.”

The most bizarre section of The Little Richard Story is reserved for an interlude with the Nashville couple who became Little Richard’s business partners in a line of Bibles targeted at African-Americans. The publisher, who exploited LR as a promotion pitchman for his special line, recalls, “…I had just got through designing a special bible that had the heritage of the back people…[corrects himself] Black people in front of this bible, giving their history and background and we were looking for some individuals that could help in promoting this product. And one of my men told me about Little Richard that – I’ve known him as a famous rock ‘n’ roll star but they mentioned that he was a Christian now – he’d dedicated his life to the Lord. He might be available.” Indeed, he was but only briefly. We see him endorsing the special bible in one scene and beaming beatifically with his business partners in another.

But it’s the publisher’s wife who is the most memorable interviewee as she takes us on a tour of their home, which has been redecorated to suit Little Richard’s tastes (according to her, he liked to stay there when he was in Nashville). It’s not exactly Graceland but it rates an A + in the kitsch department.  “We’re now in Richard’s bedroom,” reveals his proud hostess, looking a bit like Tammy Wynette circa 1976. “This is the sunken tub which Richard says he enjoys very, very much. He also has his shower beyond it and the rest of his built-ins. This area plus the rest of the bedroom cost in the area of $25,000 to decorate and furnish it. Now let’s go over to the area of Richard’s bedroom of where he sleeps….Over the bed is a shatterproof mirror that we paid approximately $1,000 for it because it creates a lot of interest by many people. In this bed Richard has spent many hours meditating, reading, taking a lot of his telephone calls and he has just thoroughly enjoyed this room.” The whole episode is like a Diane Arbus photo come to life and exerts a warped fascination. It should also be of interest to linguists.

There are plenty of other theatre-of-the-absurd moments such as the Little Richard Day picnic, organized by the Mayor of Macon in honor of their native son’s return home for his special day. Of course, he doesn’t show up so various Maconites get up and do their best or worst LR impersonation and then the Mayor takes his turn and sings, “I Left My Heart in San Francisco.” Huh?

Little Richard performs on TV circa the early ’70s.

Klein keeps the rhythm of the film popping with a new surprise or strange revelation around every curve. His exploratory visual style is consistently intriguing to the eye, whether his camera is spying on a Little Richard clone giving directions to his backup dancers for a performance of “Ring My Bell” or wandering alongside the blind blues singer/minister Rev. Pearly Brown as he sings “It’s a Mean Old World” on the streets of Macon. 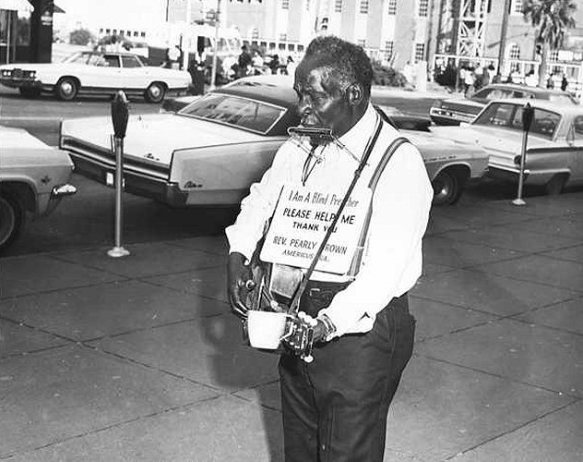 The Little Richard Story ends appropriately enough with the man himself preaching to the camera and signing off with a hymn, accompanied by his band to the tune of “God’s Beautiful City.” Any admirer of Klein’s work would love this film and with any luck it might surface some day for all to enjoy. In the meantime, you should seek out Klein’s Mohammad Ali: The Greatest, Who Are You, Polly Maggoo? and other available work from his filmography to appreciate his unique approach to cinema. 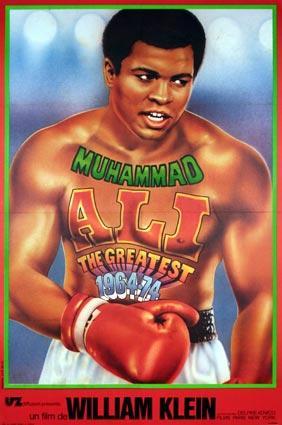