A scene from You’re a Big Boy Now (1966), filmed on location in New York City

Before he broke through as one of the most dynamic and successful directors of his generation in 1972 with The Godfather, Francis Ford Coppola had been working his way up from the lower rungs of the film industry since the early sixties in various capacities for producer/director Roger Corman (dialogue director on Tower of London [1962], second unit director on Premature Burial [1962] and others). Although his first full-fledged directorial effort was the sexploitation comedy Tonight for Sure (1962), which was barely distributed even on the grindhouse circuit, Dementia 13 [1963], was really the first indication that Coppola had promise as a filmmaker. Made on a miniscule budget, this gothic murder mystery shot on location in Ireland was a surprisingly stylish and atmospheric genre film that was released on a double feature with Corman’s The Terror [1963]. Yet, it was Coppola’s next feature, You’re a Big Boy Now (1966), that proved to the movie industry and film critics alike that this twenty-seven year old director was already a prodigious talent.

A basic plot description of You’re a Big Boy Now might sound like another clichéd coming-of-age movie about a young innocent learning about life and love in New York City but Coppola transforms the story into a contemporary screwball comedy with touches of bittersweet romance and audacious visual pyrotechnics; these include the long opening tracking shot through the reading room of the New York Public Library, a madcap chase through Macy’s department store shot during store hours amid the surprised shoppers and a nocturnal prowl around seedy 42nd Street.

The project was first suggested to Coppola by up-and-coming actor Tony Bill (Come Blow Your Horn, 1963), who was a fan of the original novel, written by David Benedictus. Coppola optioned the rights to it and began writing the screenplay adaptation of You’re a Big Boy Now while he was on location in Europe for Seven Arts, collaborating with Gore Vidal and several other writers on the script for the big budget war epic, Is Paris Burning? (1966). 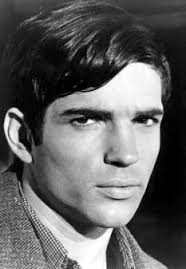 Independent producer Phil Feldman, a former business manager at Seven Arts, which was now merging with Warner Bros., recognized Coppola’s talent and negotiated a deal for the young filmmaker. Seven Arts would pay Coppola $8,000 to direct You’re a Big Boy Now on a twenty-nine day shooting schedule but he would receive no fee for the screenplay since he had written it on company time during his paid stint on Is Paris Burning?. Coppola rose to the challenge and was so excited to be making his own movie that he later admitted, “I would have done it for nothing.” 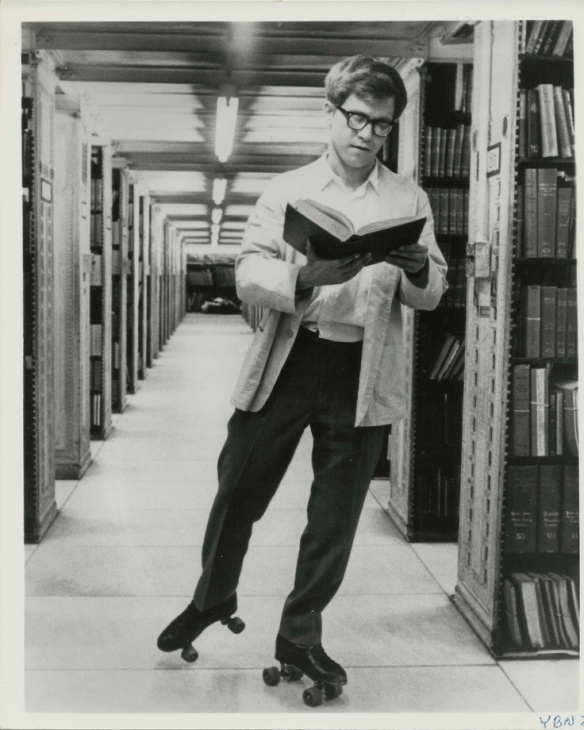 First, Coppola changed the original premise of David Benedictus’s novel, dropping the London setting and making the protagonist, Bernard Chanticleer, a stack boy at the New York Public Library instead of a shoe clerk. The entire focus of the movie becomes Bernard’s attempt to break away from his overbearing parents (Rip Torn, Geraldine Page) and make a life for himself in Manhattan. This is a struggle because Bernard is shy, unassertive and completely naive in the ways of the world and it doesn’t help that his egocentric father, I.H., the library’s rare book curator, undermines his confidence on the job. Even moving into his own place is inhibiting because his nosy landlady (Julie Harris) agrees to spy on him and report any “female” activity to his mom. While the adults and authority figures in Bernard’s life seem monstrous and controlling, his peers are often as alienating, offering him bad advice and competing with him under the guise of friendship. The fact that all of this is played as a theatre-of-the-absurd farce separates it from other generation gap/coming of age movies during the 1960s.

Even though Tony Bill was hoping to play the title role of Bernard, Coppola offered him a supporting role instead and cast newcomer Peter Kastner in the lead; the Canadian actor had recently won critical acclaim for his performance in his debut film, Nobody Waved Goodbye [1964]. He also hired Karen Black (in her first major part) to play Amy, Bernard’s adoring co-worker, and managed to convince such established, well-known actors as Geraldine Page, Rip Torn and Julie Harris to accept reduced salaries; he bypassed their agents and contacted them directly. Coppola’s clever screenplay was part of the appeal; Geraldine Page admitted at the time, “I get scripts daily, but this one really made me laugh.”

The real casting surprise of You’re a Big Boy Now, however, was Elizabeth Hartman in the provocative role of Barbara Darling, a manipulative man-trap whose behavior would be classified as bipolar now. Hartman’s two previous films, A Patch of Blue (1965) and The Group (1966), depicted her as delicate, overly sensitive characters but Hartman creates an indelible impression here as an unfathomable actress who moonlights as a go-go dancer in a nightclub.

Among the many obstacles Coppola encountered during the making of You’re a Big Boy Now was the refusal of officials at the New York Public Library to allow filming on the premises. They felt the movie crew would upset the daily routine of staff workers as well as public visitors but took greater offense at the suggestion that the library housed a secret vault stocked with suggestive objects d’art and erotica. In the film, Rip Torn plays Bernard’s father, I.H., the library’s self-important rare book curator who relishes his “private collection.” With the help of Mayor John Lindsay, Coppola was able to overrule the library board’s veto and secure a shooting permit. 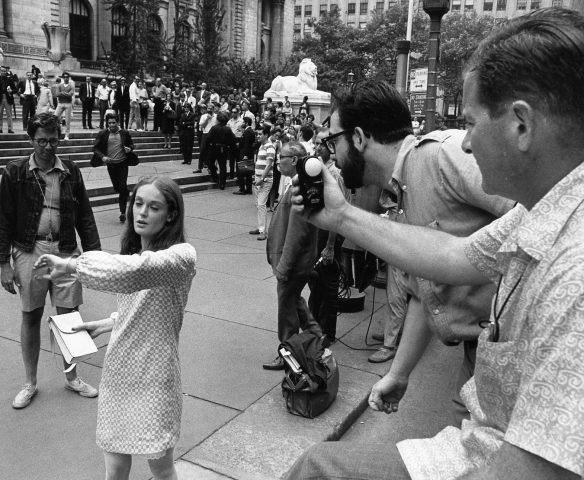 Although You’re a Big Boy Now was in production at the same time as Mike Nichols’ The Graduate (1967), the latter was released first. When Coppola’s film came along later, it was often unfairly lumped with other imitators trying to capitalize on the success of that megahit. Roger Ebert pointed out that “The Graduate is, of course, the masterpiece of the genre. But You’re a Big Boy Now is more amusing than 17 [a Danish coming-of-age film] and half a length better than the miserable Benjamin [a French costume drama about a young’s man initiation into sex].”

According to Coppola, The Graduate was not even on his radar when he was preparing You’re a Big Boy Now. “By the time I got to make it,” he recalled, “I didn’t know whether I wanted to make it anymore. Because one of the great pities was that I had written You’re a Big Boy Now before Dick Lester’s The Knack [1965] came out and yet everyone said it was a copy. It was definitely influenced by A Hard Day’s Night [1964]. But it was all there already before I even saw A Hard Day’s Night. One of the troubles of the film business is that you’re always sort of forced to do things three years later, like with Big Boy.” 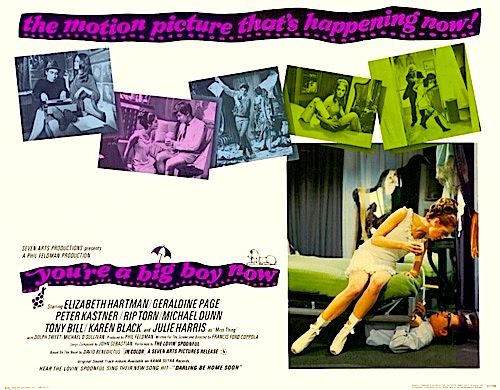 While Coppola confessed to watching You’re a Big Boy Now in recent years and hating it, one can’t help but be impressed with the movie’s playful, freewheeling approach and willingness to experiment with a variety of stylistic devices, many of which succeed brilliantly from musical montage to overlapping dialogue to rapid editing effects to a psychedelic nightclub sequence. “You’re a Big Boy Now is a flashy movie to some extent,” Coppola admitted. “I have since been more subtle than that. But flashy films do attract attention, and that was what I wanted to do when I was making my first film for a studio.”

In spite of Coppola’s own opinion of the film, You’re a Big Boy Now was chosen as the only U.S. entry to the Cannes film festival in 1967 where it was nominated for a Palm d’Or. It also garnered a surprise Best Supporting Actress Oscar nomination for Geraldine Page as Bernard’s neurotic, overbearing mom. Even if the film is uneven, swinging between broad caricature and offbeat whimsicality, it provides many moments of pure pleasure with its time capsule portrait of New York City in the mid-sixties and a wickedly funny, scene stealing performance by Elizabeth Hartman in the most atypical role of her too brief career (she committed suicide in 1987).

The music score by Robert Prince and The Lovin’ Spoonful features numerous selections from the latter group which were written specifically for the movie and include “Darling Be Home Soon.” The group, which was fronted by singer/guitarist John Sebastian, was at the peak of their pop music success with three top ten singles released in 1966 – “Daydream,” “Did You Ever Have to Make Up Your Mind?,” and “Summer in the City.”

Best of all, You’re a Big Boy Now was an impressive enough calling card for Coppola that the Hollywood studios took notice. Warner Bros. offered him another directing job, the big budget musical, Finian’s Rainbow [1968] and 20th-Century-Fox employed him as screenwriter on their 1970 film biography, Patton.

You’re a Big Boy Now occasionally airs on Turner Classic Movies and is also available on DVD from the Warner Archive collection in a no-frills release with image and audio in desperate need of restoration. The aspect ratio is also incorrect with obvious cropping of the widescreen format. It would be wonderful to see a proper restoration of the film with commentary from the surviving main participants which, at this point, only includes Coppola, Rip Torn, Karen Black, and Tony Bill.

* This is a revised and expanded version of an article that first appeared on the Turner Classic Movies website. 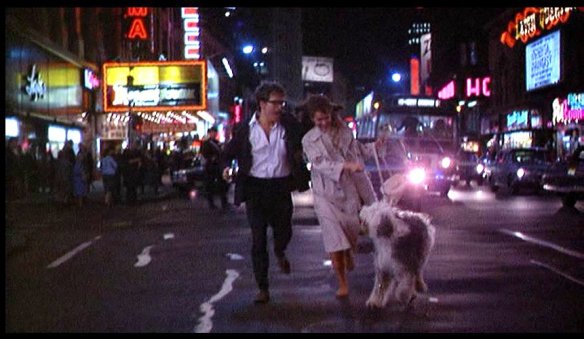