They look like women but don’t be fooled (a scene from The Cave of the Spider Women, 1927)

Surviving films from the silent era in China are rare. Destruction from wars, government censorship, neglect, and deterioration have taken a sizable toll, so the recent discovery of The Cave of the Spider Women (Pan si dong) from 1927 is a cause for celebration. Even missing its opening scene and a sequence in the middle, the film remains frenetic, pulpy entertainment that was a major commercial success and a career milestone for painter-turned-filmmaker Dan Duyu. Its appeal also stems from glamorous lead actress Yin Mingzhu, one of China’s first major stars. The film’s potent blend of costume drama, fantasy adventure, and choreographed action, as well as slapstick and irreverent sight gags have proved durable conventions in modern-day Chinese cinema.  (This article first appeared in the 2015 program for the San Francisco Silent Film Festival).

The celebrity couple Duyu and Mingzhu are easily the most historically important example of the burgeoning movie industry in Shanghai during the early 1920s. Duyu had already established himself as a much sought-after commercial artist, famous for his fashion drawings, advertisements, and illustrated calendars, which often depicted glamorized, modern Chinese women. His interest in photography led him to filmmaking, where he quickly became proficient in every aspect of the profession. In 1920, he launched Shanghai Yingxi (“Photoplay”) Company, which became a close-knit family operation. He hired Mingzhu (they married in 1926), his nephew Dan Erchun, and others from his circle of friends and family.

Like Duyu, Mingzhu was greatly influenced by both Chinese and contemporary Western culture. Educated at the prestigious McTyeire School for Girls in Shanghai, she had a fondness for film stars like Alice White and a love of foreign fashion, which earned her the nickname, “Miss F.F.” Despite her mother’s opposition to her becoming an actress, Mingzhu made her film debut in Duyu’s Sea Oath (Haishi, 1921) and became a star overnight. Sea Oath (now lost) was a romantic drama whereas The Cave of the Spider Women, produced six years later, was an ambitious epic and an unprecedented box-office sensation.

The monk Xuanzang (Jiang Meikang) finds himself a prisoner in the spider women’s lair.

Based on an episode in the sixteenth century Ming Dynasty fable, Journey to the West, by Wu Cheng’en, Cave of the Spider Women follows the monk Xuanzang (Jiang Meikang) and his three guardian disciples, the Monkey King (Wu Wenchao), Pigsy (Zhou Hongquan), and Sandy (Zhan Jiali), as they embark on a quest to find some holy scriptures for Emperor Tsi Tsung. While searching for food, Xuanzang accepts the hospitality of a welcoming hostess and her coterie and enters their cave dwelling where he becomes a prisoner. Disguised in human form, the women are really flesh-eating spiders attended by their gleefully wicked servant. Other passing travelers have been cannibalized by the evil spirits, but Xuanzang is being reserved for a different fate—marriage to the spider queen. Whether this unholy union gives her immortality or special powers is unclear, but Xuanzang’s companions attempt to rescue their master before all is lost. The battle between good and arachnid quickly becomes a dizzying array of magic duels, shape-shifting deceptions, and hand-to-hand combat before a fiery resolution is reached in the manner of a serial cliffhanger.

Xuanzang may be the chief protagonist but, with his passive demeanor and delicate, androgynous beauty, he is the antithesis of an action hero. Despite his moral and spiritual strength, he lacks the skills to rescue himself. As a result, the cunning Monkey King with his bag of tricks and acrobatic prowess is much more engaging, and his doggedly faithful cohorts, Pigsy and Sandy, provide comic relief in their physical confrontations with supernatural forces. But the spider women are the star attraction. It is impossible to top the seductive appeal of Mingzhu’s villainess and her followers who make formidable femme fatales in the vampy style of Theda Bara, with the added attribute of being skilled warriors. Even if they are depicted as evil, their fierceness and physical prowess prefigure the positive role model of today’s martial arts heroine. 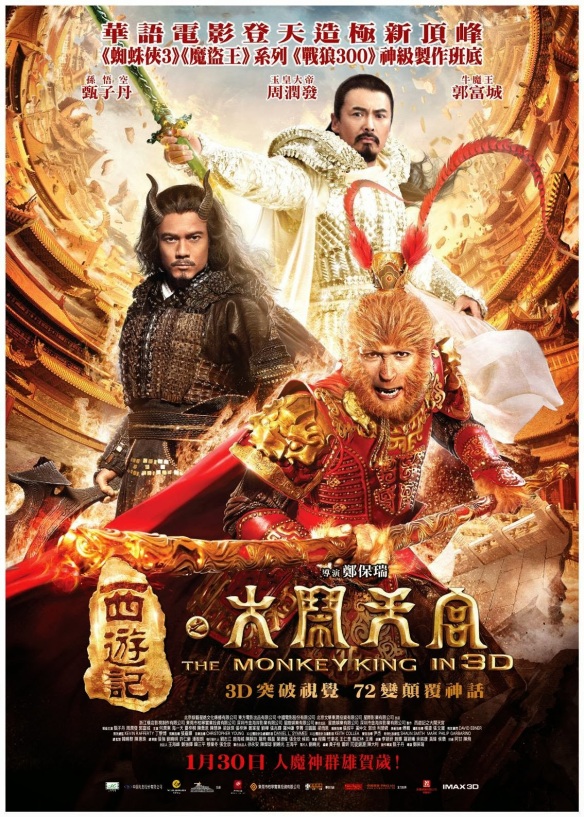 As the first known attempt to adapt Journey to the West or any portion of it for the cinema, The Cave of the Spider Women spurred other filmmakers to return to the Wu Cheng’en story for inspiration, including most recently for Stephen Chow and Chi-kin Kwok’s loose 2013 remake, Journey to the West: Conquering the Demons, and Pou-Soi Cheang’s The Monkey King (2014), with Donnie Yen. The 1967 Shaw brothers fantasy-adventure, The Cave of the Silken Web, is probably the best-known adaptation, with its bold color schemes, set design, and choreography that resemble a Vincente Minnelli musical gone wild. But it was director Duyu who created the template that was refined and stylized by later filmmakers. 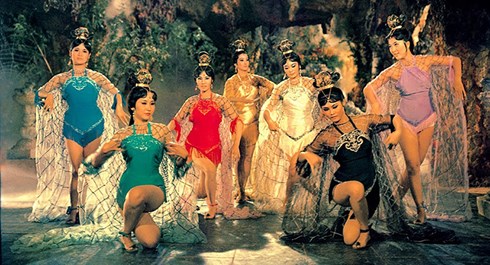 The special effects, most of which are accomplished through simple camera tricks, may seem quaint by today’s standards, but they must have astonished audiences at the time, especially when the spider women revert to their original form en masse—a nightmare scenario for even the mildest arachnophobe. Under Duyu’s inspired art direction, the spider clan’s lair becomes a forbidding labyrinth of honeycombed chambers, passageways, and strategically-spun webs that do not look like a decorated studio set. There is also a pronounced eroticism in some scenes such as when Pigsy literally loses his head to two spider women who have stripped down to battle outfits exposing their bare backs, shoulders, and arms. (Some sources claim that the complete version included female nudity and an underwater swimming scene, which would have been the first of its kind in Chinese cinema.)

It is obvious that a good deal of the budget went toward the costumes and pageantry in the climactic wedding ceremony sequence. Demons with grotesque faces, animal heads, or surreal headgear cavort in a celebration worthy of Hieronymus Bosch while the spider women scurry around with bejeweled hair, dressed in flowing gowns of silk and satin. Everything descends into beautifully choreographed chaos when the Monkey King leads an attack on the party and sets in motion the force of the red-tinted cleansing fire.

The Cave of the Spider Women was recently discovered in the National Library of Norway. While performing an inventory of their film library of nine thousand or more titles in 2011, the staff found a nitrocellulose copy of Duyu’s film, which was the first film from China to be screened in Oslo, in 1929. The original length of the film was approximately nineteen hundred meters, of which only twelve hundred have survived. Norway’s print features both Chinese and Norwegian intertitles, which some film scholars suspect were loosely translated from English intertitles created for the 1929 Norway premiere. The copy shown at the Silent Film Festival features a new translation from the original Chinese, courtesy of San Francisco’s Center for the Art of Translation. 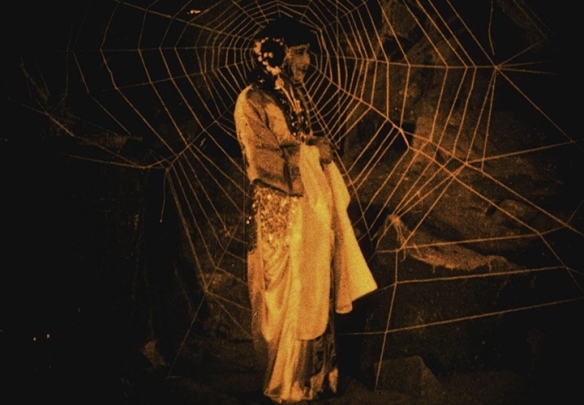 The unprecedented success of Cave of the Spider Women encouraged Duyu and Mingzhu to follow up with the sequel Xu pan si dong (a lost film) in 1929. By that time, the Chinese film industry was in a state of transition caused by the Great Depression and the rise of left-wing progressives, which resulted in the Film Censorship Act of 1931. Movies that dealt with feudal concepts like myths and the supernatural were considered frivolous and suppressed in favor of films that promoted science and contemporary Chinese life. Under these circumstances, it is a small miracle that even this one print survives of The Cave of the Spider Women. It is a significant window into one of early Chinese cinema’s most popular genres.

Warrior women in The Cave of the Silken Web (1967)