The success of the James Bond series, beginning in 1962 with Dr. No, had an amazing impact on the international film world. For almost a decade or more, hundreds of imitations from Asia, Europe, the U.S. and other parts of the world flooded the market. The majority of these were formulaic, action-oriented B movies like Kiss Kiss – Bang Bang and Secret Agent Super Dragon (both 1966) but occasionally a few would depart from the heroic fantasy scenarios to present much more realistic depictions of the espionage underworld such as The Spy Who Came in from the Cold (1965), based on John le Carré’s novel, and The Quiller Memorandum (1966) with a screenplay by Harold Pinter.

Jean Delannoy’s La Peau de Torpedo (1970) doesn’t fit comfortably into either camp even though it does traffic in the grim, Cold War paranoia associated with le Carré’s novels while spinning a wildly improbable tale that makes the Roger Moore 007 adventures seem almost plausible in comparison. What makes the film worth seeing besides the eclectic international cast that includes Stéphane Audran, Lilli Palmer, Michel Constantin, and Klaus Kinski is the unconventional story arc which begins like a routine espionage thriller and then unravels spectacularly about thirty minutes into the film with an act of violence that injects a welcome note of unpredictability into the rest of the proceedings.

What makes the film worth seeing besides the eclectic international cast that includes Stéphane Audran, Lilli Palmer, Michel Constantin, and Klaus Kinski is the unconventional story arc which begins like a routine espionage thriller and then unravels intriguingly about thirty minutes into the film with an act of violence that injects a welcome note of unpredictability into the rest of the proceedings.

Here’s a thumbnail sketch (includes spoilers) that doesn’t begin to scratch the surface: Dominique (Stéphane Audran) suspects her husband Nicholas (Frédéric de Pasquale) is cheating on her when he is, in fact, leading a double life. His antiques business is really just a front for his globetrotting undercover assignments which involve deception, theft, murder and more. Nicholas’s recent mission, which involved safecracking and photographing top secret government documents, attracts the attention of a French undercover group led by Coster (Michel Constantin) and he is forced by his “agency” to go into hiding with fellow agent Francoise (Catherine Jacobsen) in her apartment. By coincidence, a friend of Dominique spots the couple together. Immediately suspicious, she follows them to their hideaway, which she later reveals to Dominique. 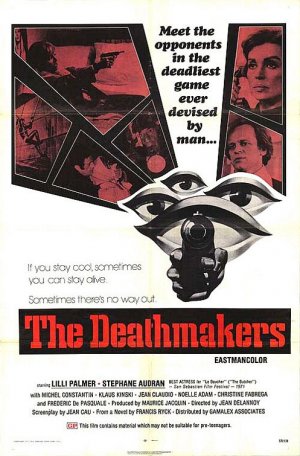 Alternate poster version for La peau de torpedo (1970), retitled The Deathmakers aka Only the Cool aka Pill of Death aka Children of Mata Hari

Events take an unexpected turn when Dominique makes a surprise appearance at the apartment and shoots both Nicholas and Francoise during a heated confrontation. In a panic, Dominique flees Paris for a distant seaside port where she goes into hiding on a docked trawler, thanks to the kindness of Gianni (Angelo Infanti), the free-spirited caretaker. Meanwhile, Nicholas’s murder sets in motion a manhunt for the killer by his own subversive group and Coster’s French C.I.A.-like cell who suspect the murderer has possession of the missing microfilm.

Crucial information is withheld from not just from Dominique but everyone in La Peau de Torpedo, including the viewer. Delannoy utilizes the Hitchcockian device of the Macguffin – in this case, the mysterious assassination of a rogue agent and his missing suitcase – to set the plot in motion but he is less interested in what is at stake or the global implications of espionage than in creating an amoral netherworld in which almost everyone is a spy, informant or opportunist. Even Gianni, who seems to be the most benign person Dominique encounters, turns out to be an informant for the local police. There is also little or no backstory about any of the main characters others than what you see so the cloak and dagger activities take on an abstract quality in which people become ciphers in some kind of freeform chess game.

Stéphane Audran, in particular, makes an enigmatic and often aloof heroine. At first self-absorbed and petulant as the wealthy but neglected wife of Nicholas, she spends the second half of the movie in a semi-numb state, trying to make sense of the events that put her on the run. As secret operatives in a spy ring that is completely ruthless in its methods, Lilli Palmer as Helen and Jean Claudio as La Filature, her replacement for Nicholas, are button-down, cooly efficient professionals who are so fiercely dedicated to their impenetrable cause that they carry cyanide capsules in the event of being captured.

Even the wild card in the mix, Klaus Kinski as the deadly assassin Pavel (also known by his code name, Torpedo I), pledges alliance to his employer by carrying a suicide pill at all times.

Certainly one of the highlights of the film is watching Kinski don a frogman suit complete with mask and flippers and stalk Audren with a speargun as she tries to hide from him amid a dark and cluttered harbor dock. And he is no less mesmerizing when he tries to seduce Palmer, who remains impervious to his reptilian charms. Even though Kinski doesn’t enter the film until 75 minutes into it, he easily steals the movie from his co-stars but everyone gets their moment to shine – Audran in her homicidal freakout, Palmer and Claudio in stoic death scenes and Infanti in an unintentionally funny sequence where he serenades Audran with a folk song.

Klaus Kinski attempts to live up to his code name Torpedo in Le peau de torpedo (1970) aka Children of Mata Hari. Lilli Palmer is unimpressed.

La Peau de Torpedo, which has been released under such various titles as Only the Cool, Children of Mata Hari, The Deathmakers and Pill of Death, was made toward the end of director Delannoy’s career and is probably not the best argument for a reassessment of his filmography. While it is well above average for a genre movie, Delannoy’s earlier work placed him among the top French filmmakers of his generation. 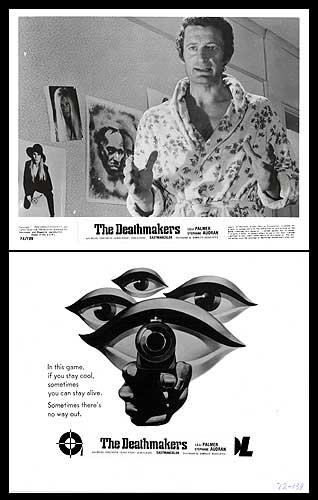 Among his triumphs are La symphony pastorale (1946), a grand prize winner at Cannes and based on the novel by André Gide; Les jeux song faits (1947), a romantic fantasy with script and dialogue from Jean-Paul Sartre; Dieu a besoin des hommes (1950) with Pierre Fresnay, a Venice Film Festival award winner; Shadow of the Guillotine (1956) aka Marie-Antoinette reine de France with Michèle Morgan which was nominated for the Palme d’Or at Cannes; Inspector Maigret (1958) aka Maigret tend un piège with Jean Gabin and based on Georges Simenon novel; This Special Friendship (1964) aka Les amitiés particulières. 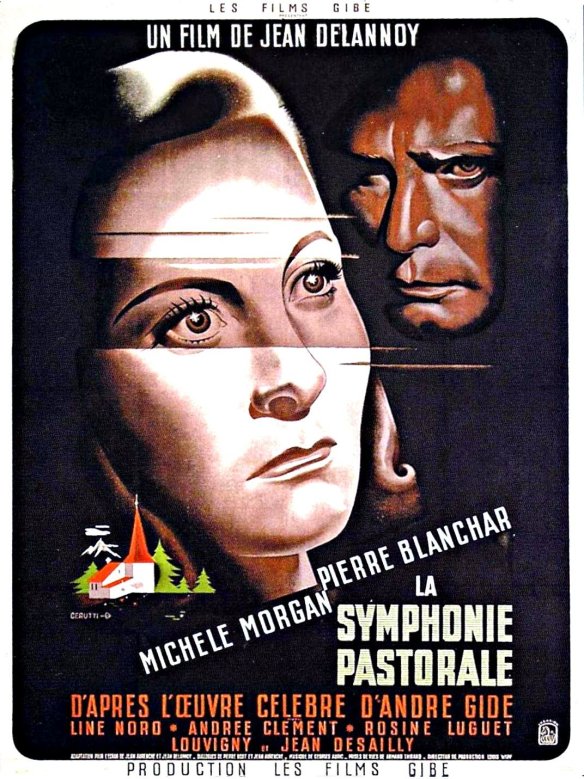 Unfortunately, Delannoy’s reputation went into decline with the rise of the Nouvelle Vague in the late fifties. Francois Truffaut, Jean-Luc Godard and other film-critics-turned-directors from Cahiers de Cinéma often pointed to Delannoy and his colleagues as the worst examples of their country’s national cinema, which they considered commercial, uncreative and out of step with the changing times. Truffaut, in fact, personally attacked Delannoy in his famous essay, “A Certain Tendency of the French Cinema,” written in 1954 when Truffaut was still a young film critic (he was 21 at the time). Understandably, Delannoy was deeply offended by the critique calling it, “so low that I have never encountered anything like it in my 20 years in the profession.” 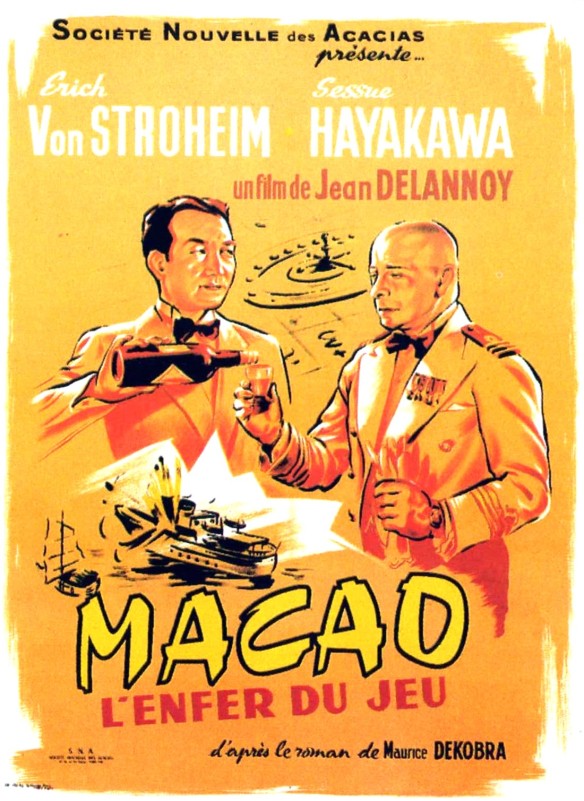 Regardless of whether Truffaut’s opinion of Delannoy was shared by the public or film critics outside France, the sad fact remains that Delannoy is practically unknown today and that is a major oversight when you consider his successes (noted above) and his even lesser known works such as Gambling Hell (1942) aka Macao, L’enfer Du Jeu starring Sessue Hayakawa, Mireille Balin and Erich von Stroheim and The Little Rebels (1955) aka Chiens perdus sans collier, an expose of juvenile delinquency. Some of Delannoy’s work ran into censorship problems due to subject matter or adult content such as L’Éternel Retour (1948) aka The Eternal Return, which was condemned by the Legion of Decency, and Le Garçon Sauvage (1952) aka The Wild Boy. There were also notable failures as well such as the 1956 remake of The Hunchback of Notre Dame with Anthony Quinn and Gina Lollobrigida but even secondary efforts like La Peau de Torpedo are worth seeking out for any self-respecting film buff.

If you do try to track down a copy of La Peau de Torpedo, you will find it a difficult hunt. It is currently unavailable in any format except gray market DVD and VHS bootlegs. You can also view a few poor quality clips from it on YouTube.

Catherine Jacobsen & Frederic de Pasquale are NOT amorous fellow agents in the spy thriller, La peau de torpedo (1970) aka Only the Cool

I saw a less than satisfactory but viewable DVD-R copy of the film bearing the title Children of Mata Hari with a running time of 1:38:40. It had superimposed Greek subtitles and was crudely dubbed into English. 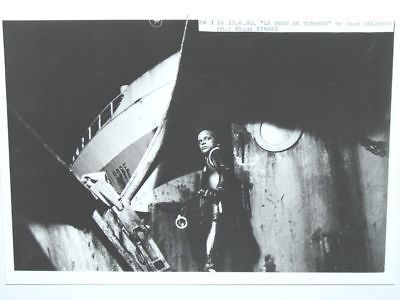 IMDB lists a running time of 110 minutes for La Peau de Torpedo so it is possible that the English language version is cut by ten minutes. Yet it is doubtful that the convoluted plot would be any more decipherable with those additional ten minutes because La Peau de Torpedo is intentionally abstract and mysterious by design.

Other articles of interest: