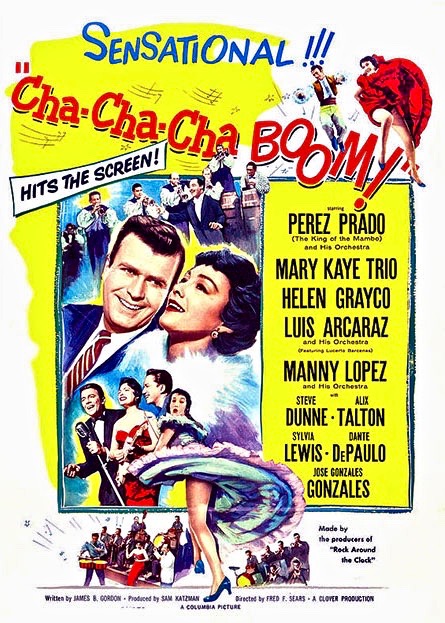 From the mid-fifties to the mid-sixties, if there was a dance craze or a musical trend, producer Sam Katzman was there to exploit it in low-budget B-features targeted for teenagers in saturation bookings at drive-ins and movie houses. Many of these were directed by Fred F. Sears and the plotlines were minimalistic and interchangeable from film to film but the musical acts featured were usually first rate and today serve as wonderful time capsules of their era. Rock Around the Clock (1955), showcasing rock ‘n roll pioneer Bill Haley and His Comets, was Katzman’s first major hit in this new “youth market” genre and he followed it up with Cha-Cha-Cha Boom! (1956) in order to capitalize on the current popularity of the Cuban and Latin music sweeping the nation. 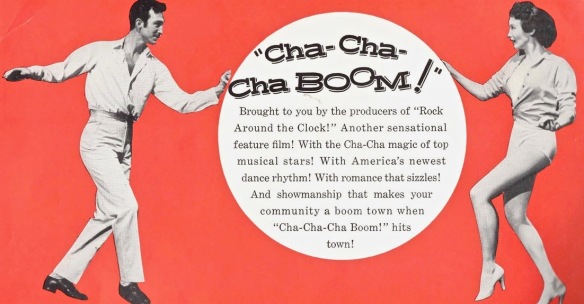 But the audience for this music weren’t teenagers but a more sedate nightclub/lounge act crowd who didn’t show up to buy tickets. Besides, teenagers weren’t about to trade their rock ‘n’ roll music for the cha-cha and the mambo so Katzman went back to the rock ‘n’ roll well and churned out another hit the same year – Don’t Knock the Rock, with Billy Haley and his Comets again plus Little Richard, The Treniers and Dave Appell & the Applejacks. 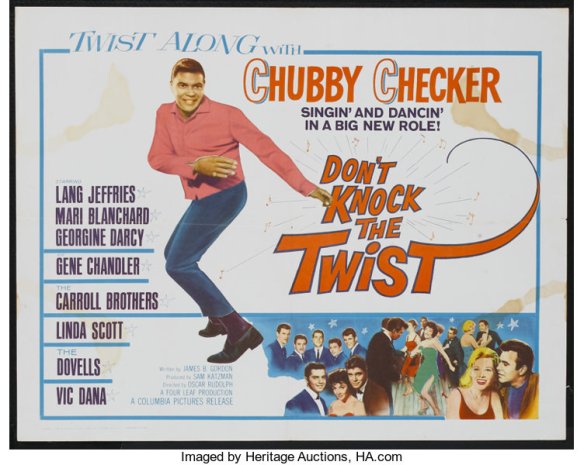 Cha-Cha-Cha Boom!, on the other hand, vanished quickly and has languished in obscurity over the years except for rare screenings on television such as Turner Classic Movies. The film is nothing unexpected in the Katzman canon but it was the first Hollywood movie to showcase Latino music, introducing many moviegoers for the first time to the sounds of Perez Prado and his Orchestra as well as bandleaders Manny Lopez and Luis Arcaraz and their orchestras. And as usual there were a few novelty acts such as the dance team of Nita & Elvarez, vocalist Helen Grayco, and the Mary Kaye Trio. 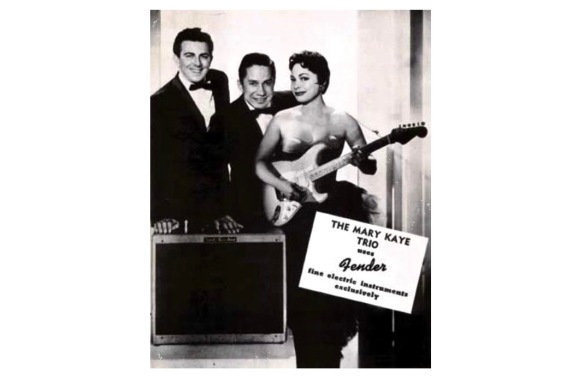 Being a long time fan of Prado’s music, it was a treat to finally see him perform some of his signature songs in a movie. In fact, it would be his only U.S. film appearance except for a brief cameo in Underwater the previous year (1955) in which he performed his best-selling hit single, “Cherry Pink and Apple Blossom White.” Most of his other on-camera appearances were in Mexican films and U.S. television specials such as his delightful guest spot on The Spike Jones Show in 1954. 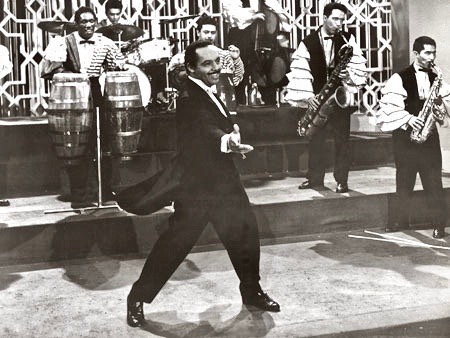 Nicknamed the “King of the Mambo”, Prado’s music is an irresistible mix of tropical rhythms played out as call-and-response riffs between the bass and sax musicians and punctuated by Prado’s famous grunts and cries which gives the entire number an extra zing. And he’s clearly the consummate showman in Cha-Cha-Cha Boom! where he sways back and forth to the music, occasionally leaping into the air or doing high kicks. As Prado is slightly chubby with a diminutive height of 5 ft. 6 inches, it’s a sight you want to see again and again – as unexpected as it is incongruous. 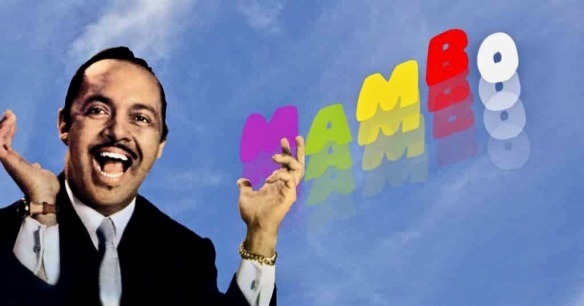 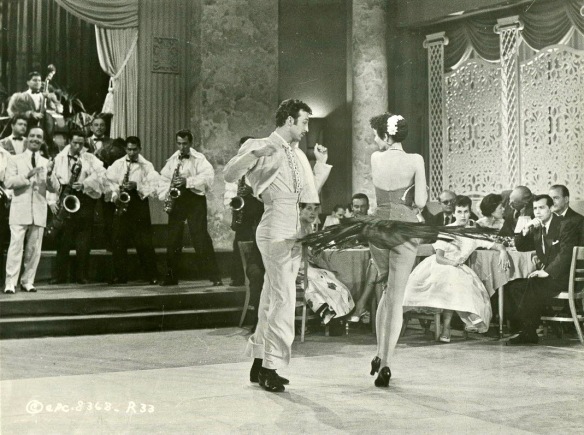 The specialty dance team Dante & Sylvia are one of the highlights of Cha-Cha-Cha Boom! (1956), a Sam Katzman production.

The other music in Cha-Cha-Cha Boom! isn’t as dynamic but it has its charms. The Mary Kaye Trio specialize in the sort of jive-happy vocal harmonizing that is typical of groups like the Hi-Los and Lambert, Hendricks and Ross. They perform a catchy, upbeat version of the folk standard, “Lonesome Road” and a frenetic rendition of the signature Judy Garland song, “Get Happy,” where they get into this robotic, smiling, finger-snapping groove that seems in danger of getting stuck. Also featured is Helen Grayco whose voice has a sultry, smoky quality that’s perfect for intimate jazz clubs or cabarets.

While Cha-Cha-Cha Boom! has more plot than you’d like for a typical Katzman musical revue, it’s often interesting for its exploitation and embrace of both Latin music and Latino stereotypes. For example, character actor Jose Gonzales Gonzales has the thankless role of assistant to music scout Bill Haven (Steve Dunne); his prime function is to provide a translation service for Haven when he travels to Havana to discover new talent but mostly he’s used for unfunny comic relief, crying “Ah chi-wha-wha!” when things get complicated. The film is also amusing for the male-female rivalry between former lovers Haven and Debbie Farmer (Alix Talton), who work for competing record companies and try to steal each other’s acts. Farmer actually appears to be the more enterprising and savvy of the two agents. She’s also the aggressor in the relationship but she quickly agrees to give up her career for marriage to Haven in the “happy” finale. Here’s a typical example of their banter: Debbie: I’m going to buy a trousseau that’ll make you forget I have a brain in my head! 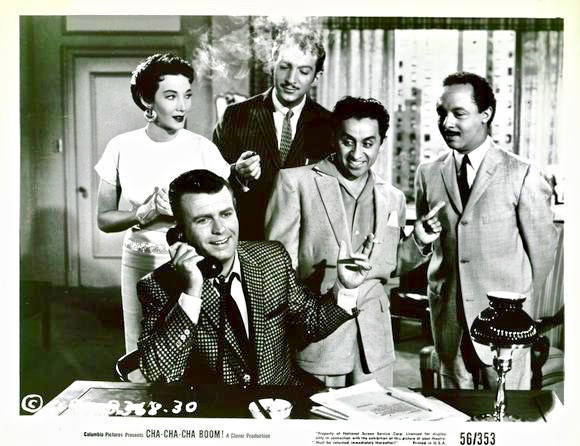 Katzman would go on to mine other musical fads and trends after Cha-Cha-Cha Boom!, some clicked like Twist Around the Clock (1961), Don’t Knock the Twist (1962), and Kissin’ Cousins (1964) starring Elvis Presley in dual roles. And some didn’t such as Calypso Heat Wave (1957), Hootenanny Hoot (1963) and A Time to Sing (1968) with Hank Williams, Jr. But all of them are invaluable artifacts of their time for pop culture and music aficionados. 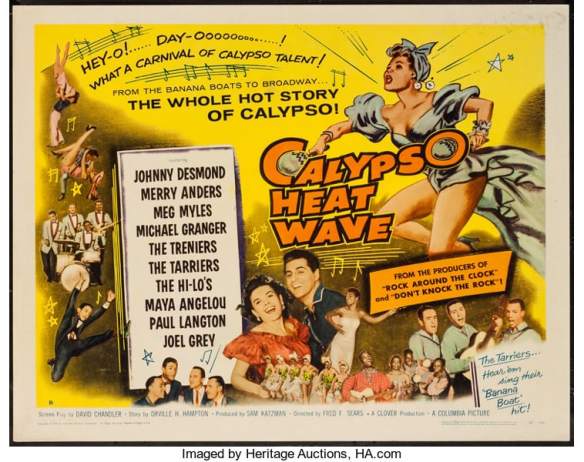 Cha-Cha-Cha Boom! is not currently available on any format from a licensed distributor in the U.S. although you might be able to find a DVD-R of it from grey market suppliers. However, you can still purchase the original soundtrack album on Amazon or through other sellers. 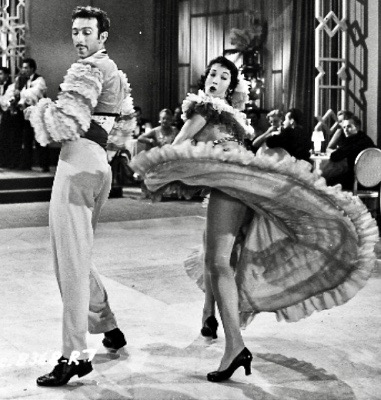 *This is a revised and expanded version of a post that originally appeared on Movie Morlocks (later renamed Streamline), the official blog for Turner Classic Movies.