Some aspects of American culture make ideal targets for satirists like the media (Network, 1976) or politics (The Great McGinty, 1940) or even the American family (Lord Love a Duck, 1966). Beauty pageants, on the other hand, seem a little too easy to poke fun at but Michael Ritchie found the perfect balance of irony and empathy in his 1975 satire, Smile.

A scene from the 1975 satire Smile, directed by Michael Ritchie

Focusing on the annual “Young American Miss” Beauty Pageant in Santa Rosa, California, Ritchie’s film charts the progress of some 25 teenage contestants over the course of several rehearsal days culminating in a final evening competition. Among the young hopefuls are Robin “Miss Antelope Valley” Gibson (Joan Prather), who is a little bewildered by the whole ordeal, Doris “Miss Anaheim” Houston (Annette O’Toole), a hardened veteran of such events, and Maria Gonzales (Maria O’Brien, daughter of Edmond O’Brien), an aggressively competitive contestant whose specialty is the flaming baton. Just as crucial to the narrative are the organizers behind the scenes, particularly “Big Bob” Freelander (Bruce Dern), who owns the town’s largest car dealership, and Brenda DiCarlo (Barbara Feldon), a former Young American Miss herself. 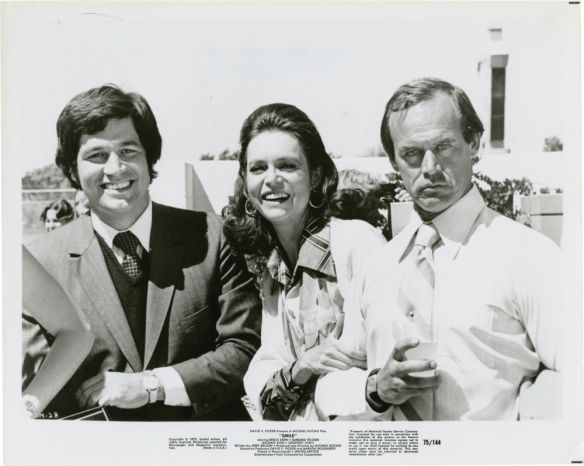 Director Ritchie’s approach to his subject matter in Smile follows the same semi-documentary approach that made his other explorations of American culture so convincingly realistic – the world of competitive sports in the 1969 ski drama, Downhill Racer, and the creation, packaging and selling of a state senator in 1972’s The Candidate. Like both those films, Smile is more interested in observing how the characters respond to and deal with competition rather than who wins or loses.

While there are plenty of humorous scenes where we do laugh at the contestants – a very bad, off key rendition of “Delta Dawn,” an impersonation of Lily Tomlin’s Ernestine creation – the director also enlists our sympathies for them through intimate scenes where they reveal their fears and skepticism. In one telling scene, Doris explains her philosophy to Robin, “Boys get money and scholarships for making a lot of touchdowns, right? Why shouldn’t a girl get one for being cute and charming?” Robin ponders this for an instant before responding, “Yeah, but maybe boys shouldn’t be getting money for making touchdowns.” 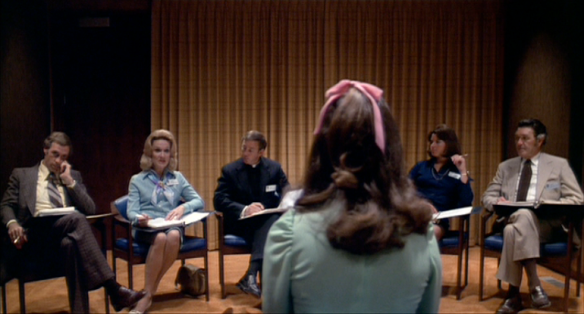 A beauty pageant hopeful faces a team of judges in the Michael Ritchie satire, Smile (1975)

Equally memorable is this opening argument between the judges that sets the tone for the entire film:

1st judge: “Packing a suitcase? What the hell kind of talent is that? I can pack a suitcase.”

2nd judge: “It’s the only thing she can do without falling off the stage.”

3rd judge: “She is cute. I kinda like the nightie joke.”

1st judge: “That’s exactly the kind of stuff they hate at the finals. They’re not looking for sex.” 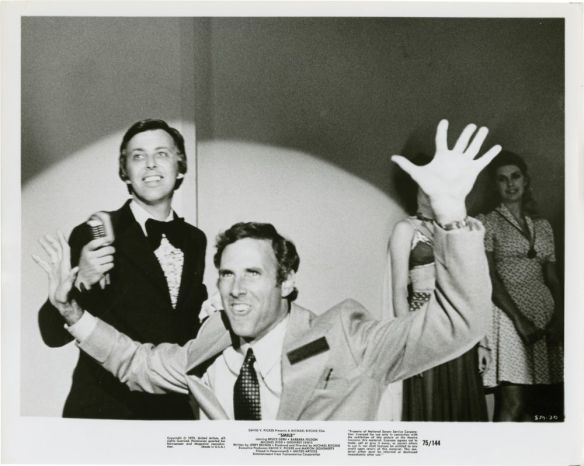 In contrast to the often naive contestants are the jaded adult organizers and sponsors who have experienced their own share of disappointments over the years. The eternally optimistic “Big Bob” admits to his best friend Andy (Nicholas Pryor) in a rare moment of candor, “I just learned a long time ago to accept a little less from life, that’s all.” Meanwhile, his son, “Little Bob” is sneaking around taking nude snapshots of the teenage contestants to show his school friends.

Maria O’Brien as Marie, prepares for her baton specialty act in Smile (1975)

Another subplot involves Andy’s slide into alcoholism and dissatisfaction with his perfectionist wife, which reaches a black comedy climax when he puts a gun in his mouth and threatens suicide. His wife’s callous remark from the next room, “If you’re doing anything to mess up my clean rug….” prompts him to turn the gun on his real problem – a scene that prefigures the dark humor of more contemporary satires like American Beauty (1999).

One aspect of Smile that makes it particularly fascinating today is the offbeat casting: choreographer Michael Kidd in a rare film appearance as – guess what? – a choreographer, Melanie Griffith and Colleen Camp as competing contestants, the late Geoffrey Lewis (father of Juliette Lewis) as one of the organizers and, of course, Bruce Dern in a surprising change-of-pace performance from his often stereotyped roles as the heavy. Ritchie’s use of music – The Beach Boys’ “California Girls,” Ringo Starr’s “You’re Sixteen,” and Nat King Cole’s “Smile” – is equally inspired, often commenting on the sequence at hand.

Colleen Camp as Connie demonstrates the art of packing a suitcase in Smile (1975), directed by Michael Ritchie

In preparing for Smile, Ritchie mentioned Milos Forman’s The Firemen’s Ball (1967) as an inspiration but you can also see traces of Preston Sturges’s barbed humor in the mix as well as the model for Christopher Guest’s cult comedies (Waiting for Guffman, 1996, Best in Show, 2000), which follow a similar documentary-styled approach.

Smile was well received by most critics when it opened theatrically but it sank without a trace after a week’s run in most major cities. Regardless, the film holds up surprisingly well today and is still worthy of this rave review in The New York Times by Vincent Canby: “…a rollicking satire that misses few of the obvious targets, but without dehumanizing the victims. It’s an especially American kind of social comedy in the way that great good humor sometimes is used to reveal unpleasant facts instead of burying them…Smile, which is Mr. Ritchie’s best film to date (better than Downhill Racer and The Candidate), questions the quality of our fun, while adding to it.”

Smile was released on DVD in 2004 and is certainly ready for an upgrade at this point. A Blu-Ray with commentaries by most of the surviving cast members would be more than welcome.

*This is a revised version of the original article that appeared on the Turner Classic Movies website. 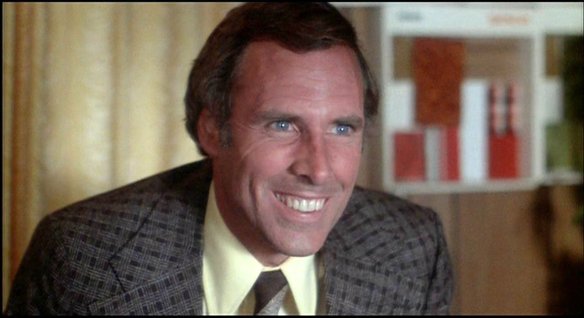 Bruce Dern plays against type in one of his most overlooked films – Smile (1975), a satire by Michael Ritchie

On the set of Smile (1975) with director Michael Ritchie (right, background) and Bruce Dern

2 thoughts on “As American as Apple Pie”