While producer Sam Katzman was busy exploiting the youth culture in the U.S. with quickie productions like Twist Around the Clock (1961) and Don’t Knock the Twist (1962), his contemporary Milton Subotsky was doing the same in England but with a different musical focus. London was in the midst of a British jazz revival driven by the music of New Orleans and Dixieland and this is the sound that inspired It’s Trad, Dad! (1962, aka Ring-a-Ding Rhythm), which also marks the feature film debut of Richard Lester, whose subsequent film was A Hard Day’s Night (1964) for The Beatles.  Subotsky didn’t just stack the deck with jazz groups though; he also added a generous helping of current pop acts and even tried to scoop Katzman with showcasing Chubby Checker in the new novelty dance, the twist (Katzman still beat him to the punch with Twist Around the Clock which was released first in the U.S.). 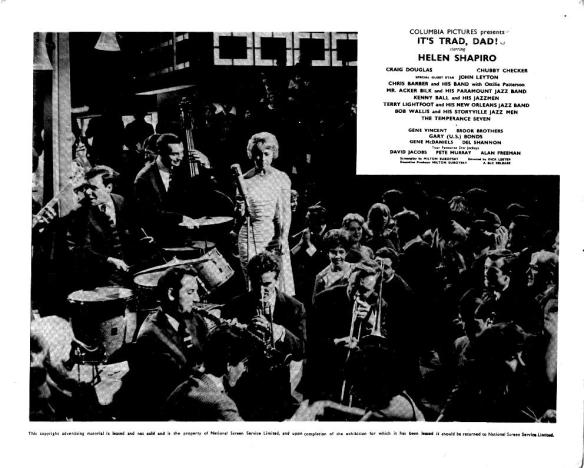 The threadbare plot – two teenagers organize a music festival in their small town despite resistance from the mayor and his closed-minded supporters – is merely an excuse to string together an array of musical acts – 26 in all! But what distinguishes It’s Trad, Dad! from countless other pop music film pastiches is the stylish look and sense of fun that Richard Lester brings to it plus the impressive lineup of musical talent which covers the pop spectrum from Dixieland (Kenny Ball and His Jazzmen) to rhythm ‘n blues (Gary “U.S.” Bonds) to ballads (John Leyton) to rock ‘n roll (Gene Vincent). 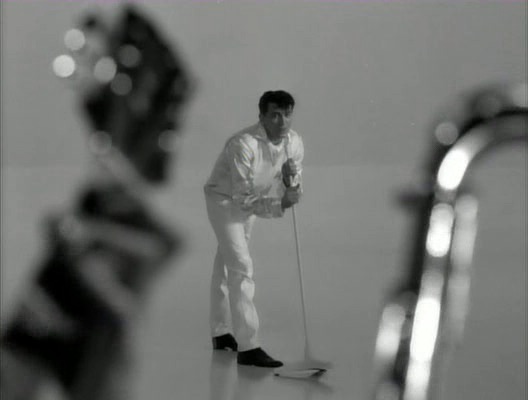 Richard Lester had already garnered considerable acclaim – and an Oscar® nomination – for his witty movie short, The Running, Jumping & Standing Still Film (1959), but it was a thirty minute pilot he had made called Have Jazz, Will Travel that convinced producer Milton Subotsky to hire Lester to direct It’s Trad, Dad!. In an interview with director Steven Soderbergh for The Guardian, Lester said, “Subotsky sent me a 24-page script and I said “I think I can do something with it” – it was with pop-stars, with Gene Vincent and Helen Shapiro and a lot of trad bands, so I said, “I’ve been around this kind of music all my life. I think I know how to deal with it as soon as you get a first draft screenplay I’d be delighted to read it.” He said, “That’s the shooting script and you start in three weeks.” I said, “But it’s only 24 pages long” but he said, “You’ll find a way to pad it out.” So we gathered these poor pop people with this feast of moveable sets behind them and shot them three a day. At the end of the last week of shooting, the Twist started – Chubby Checker and his first big twist success. So I said to Milton “I think it would be a great idea. We could be the first film in history to have the twist in it. He’s in New York. I could go over and shoot him.” And he said “If you pay your own way you can go.” So I did and we got him in the film, and that was one of the contributing factors to getting A Hard Day’s Night.” 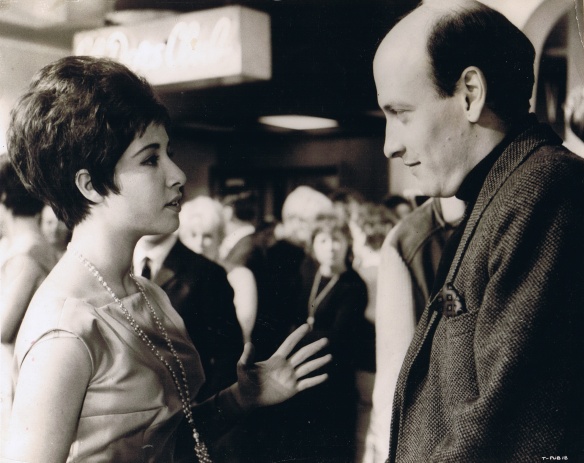 Any Richard Lester fan can look at It’s Trad, Dad! and see the fresh and distinctive techniques that would fully emerge in Lester’s A Hard Day’s Night. For one thing, Lester’s playful editing style keeps the viewer constantly engaged while also paying tribute to the musicians on display. Del Shannon is presented in emotional close-ups as he belts out “She Never Talked About Me” while The Brook Brothers are juxtaposed with oversized images of themselves as they perform “Double Trouble.” In the Burt Bacharach composition, “Another Tear Falls”, performed by Gene McDaniels, Lester establishes a moody confessional tone as cigarette smoke curls around the singer and in Acker Bilk’s showcase number, “Frankie and Johnny,” he cuts between humorous stills that illustrate the lyrics and iconic signature shots of the famed clarinet player. Among the other musical standouts are the decidedly offbeat version of “Everybody Loves My Baby” by the Temperance Seven, “Lose Your Inhibition Twist” by Chubby Checker, the dreamy “What Am I To Do?” by the Paris Sisters and Ottilie Patterson bringing down the house with “Down by the Riverside.” 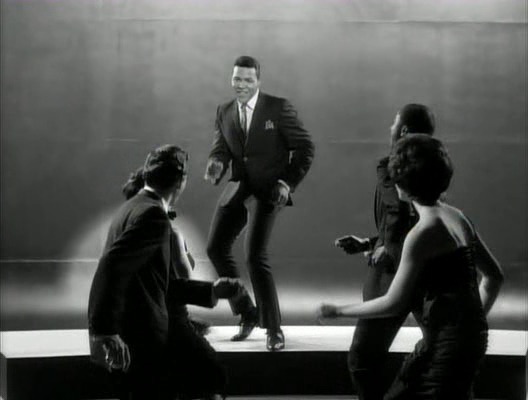 Lester’s satiric sense of humor is also evident in the way he depicts the generation gap conflict between the teenagers and their elders. Small town bureaucracy also becomes a target for parody and so does the music industry, particularly in the scenes in which three popular British disc jockeys of the period – Alan Freeman, David Jacobs and Peter Murray – play themselves and come off as vain and self-absorbed media personalities. 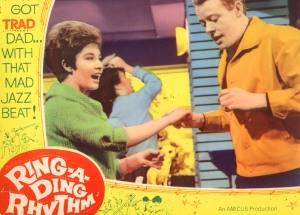 As the film’s youthful protagonists, Helen Shapiro and Craig Douglas were cast not because they were skilled actors but because they were popular singers at the time. Douglas is a pleasant but unremarkable light pop vocalist but Shapiro is a little dynamo with a powerful voice comparable to Brenda Lee. At the time of It’s Trad, Dad!, Shapiro was one of England’s top female vocalists with such major hits as 1961’s “Walking Back to Happiness” to her credit. Unfortunately, she never managed to break into the American top forty market despite catchy tunes like “Let’s Talk About Love” which she performs in It’s Trad, Dad!. She did go on to star in another teenage musical, Play It Cool (1962) featuring Billy Fury and the Satellites and Bobby Vee but her biggest claim to fame was opening for The Beatles on their first major tour (it was said that John Lennon and Paul McCartney wrote “Misery” for her.) 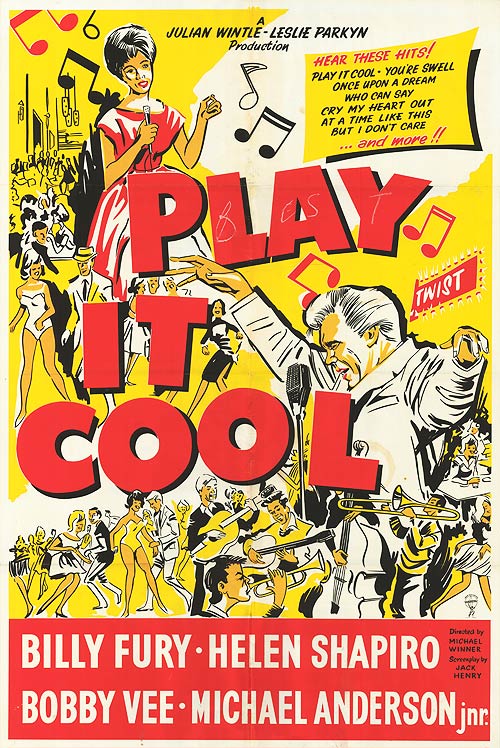 Musical revue films aimed at teenage audiences such as It’s Trad, Dad! rarely get any respect or favorable notices from the critics but Lester’s film proved one of the few exceptions. The Times’ David Robinson wrote “Lester’s immoderate interest in technical tricks – speeded up action, multiple exposures, eccentric angles, tricky masking and so on…is all done with such frank enjoyment and at such a determined pace that criticism is disarmed” and London reviewer Philip French called it “One of the most imaginative British movies of the decade.” Lester, in fact, would later admit that “I’ve had the best reviews out of It’s Trad, Dad! that I’ve ever gotten.” 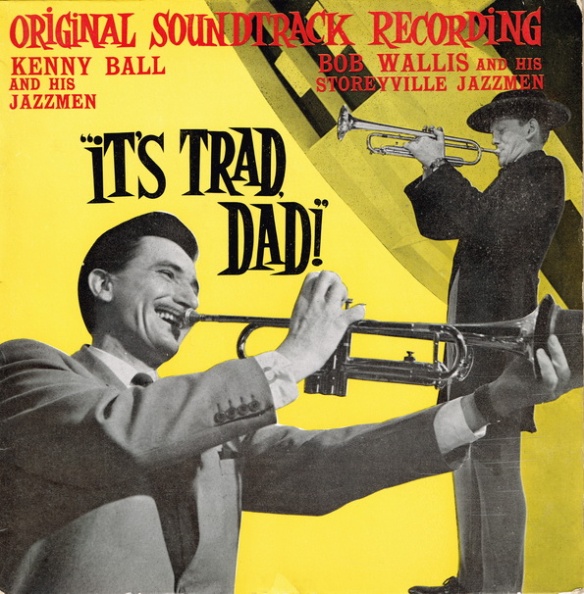 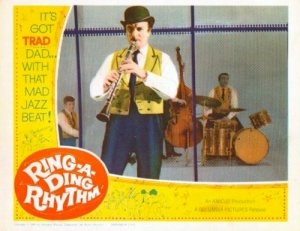