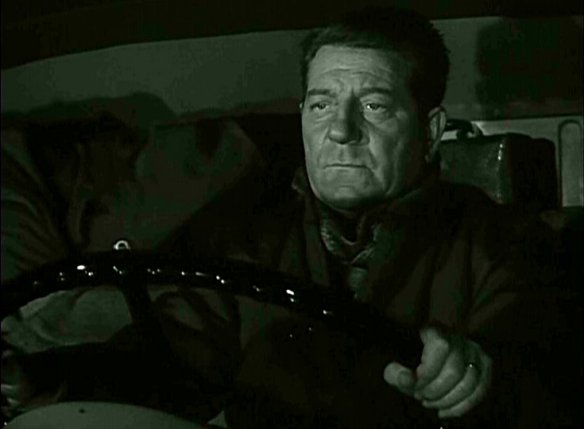 One of the great stars of French cinema, Jean Gabin was also an unofficial film culture ambassador for his country whose career can be divided into five distinct phases; the first would be a brief stint in silent films and playing secondary roles in the first French “talkies” and the second would be as a ruggedly handsome, melancholy anti-hero and acclaimed actor who reached a career peak in the late thirties with Port of Shadows (1938), La Bete Humaine (1938), and Le Jour se Leve (1939). The third phase, the years between 1939 and 1953, are generally considered a fallow period in which he attempted an unsuccessful bid for Hollywood stardom and experienced equal disappointments in the French film industry. 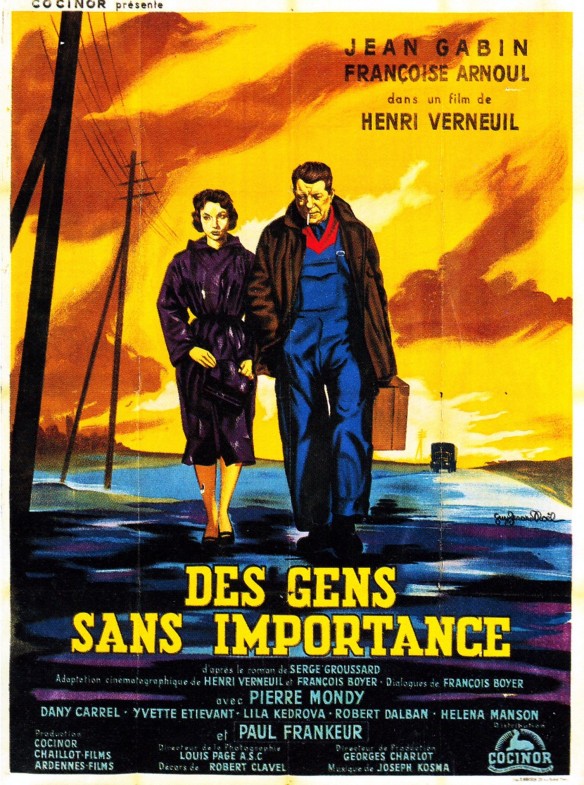 With the success of Touchez pas au grisbi in 1954, Gabin enjoyed a career comeback (the fourth phase) as an older leading man which lasted until the early sixties when he settled into a steady supporting role career, usually paired with a younger rising star such as Jean-Paul Belmondo (Un singe en hiver aka A Monkey in Winter, 1962) or Alain Delon (Any Number Can Win, 1963). Des Gens Sans Importance (1956, aka People of No Importance) comes from the post-Grisbi period when Gabin was portraying more introspective and world weary variations on his younger drifter characters.

Although the film opens and closes at a desolate truck stop called La Caravanne on a lonely stretch of road in Northern France, most of Des Gens Sans Importance takes place in flashback as Jean Viard (Gabin) recalls the lost love of his life, a truck stop waitress named Clotilde (Francoise Arnoul). The film, directed by the underrated Henri Verneuil (Greed in the Sun,1964), works as both a road movie and a tragic melodrama with Jean and Clotilde meeting at La Caravanne and becoming lovers, despite the fact that Jean is married with three children. Time passes and Clotilde becomes fed up with playing the other woman in Jean’s life and trying to survive on a waitress’s salary. She moves to Paris and takes a job as a maid in a whorehouse while Jean loses his job after assaulting his manager. 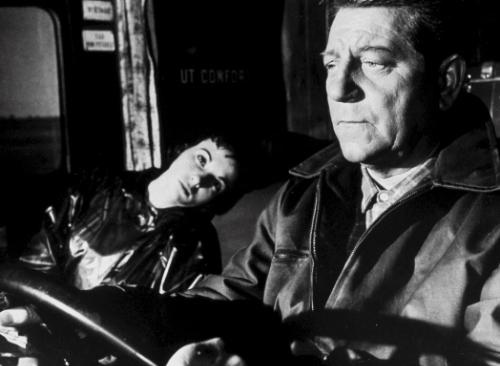 Life takes a darker turn for them both as Jean’s wife learns about Clotilde and Jean abandons his family, taking a job driving a cattle truck. Clotilde, meanwhile, learns she is pregnant and visits an abortionist, setting the stage for the movie’s bleak conclusion. Moments of passion and joy are brief for both Jean and Clotilde during their time together and Des Gens Sans Importance has a pervasive sense of melancholy and despair that harkens back to the poetic realism of Marcel Carne’s Port of Shadows. 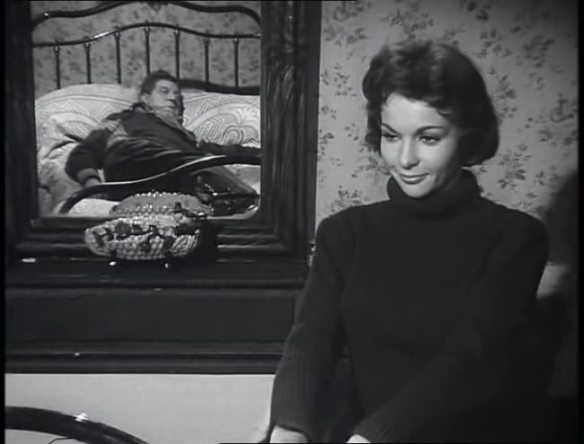 There are many things to admire in Des Gens Sans Importance from the evocative cinematography of Louis Page (The Walls of Malapaga, 1949) which captures the lonely existence of a life lived on the road to the vivid supporting roles such as Paul Frankeur as the pegleg owner of La Caravanne and Dany Carrel as Jean’s vindictive teenage daughter. 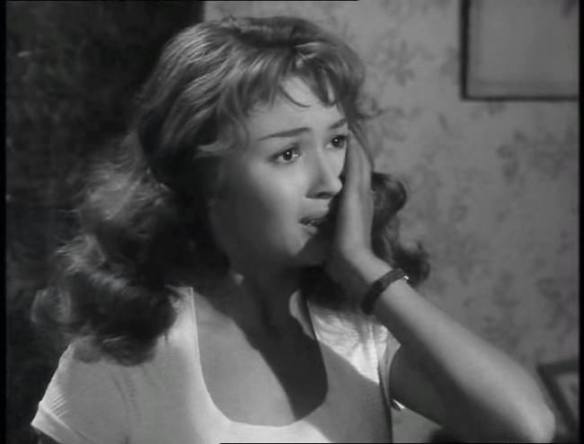 Dany Carrel as the daughter of truck driver Jean Gabin in the French melodrama, People of No Importance (Des gens sans importance), directed by Henri Verneuil.

The film also compares favorably to The Wages of Fear (1953) and They Live by Night (1949) in depicting the isolation and monotony of a trucker’s existence as well as the hazards of sleep deprivation and driving long hours without a break.

Best of all, Gabin gives one of his finest middle-period performances as a man totally exhausted by his work and situation in life; he is well aware that the best part of his life is behind him. Still, he sees Clotilde as his last chance for happiness and follows his instincts, regardless of the risks.

Francoise Arnoul and Jean Gabin steppin’ out at a roadhouse cafe in the French melodrama, Des gens sans importance (aka People of No Importance, 1956).

In Gabin’s previous film Gas-oil (aka Hi-Jack Highway, 1955) with Jeanne Moreau, the actor had also played a truck driver and Des Gens Sans Importance is often considered a sequel of sorts to Gas-oil because of its similar setting and thematic elements. Yet the two movies are quite different from each other even if Gabin plays a trucker wanting to be free of responsibilities in both. Gas-oil is more of a genre film in which Gabin is pursued by a gang of criminals who believe he has stolen money from them but Des Gens Sans Importance is a mood piece and the opening and closing strains of the haunting theme song (by Joseph Kosma) sets the bittersweet tone.

Jean Gabin reflects on the life he could have had in Des gens sans importance (1956), directed by Henri Verneuil

Des Gens Sans Importance is not often singled out by critics as one of Gabin’s more iconic roles but that may be because the film has not been readily available for viewing for years. It might have been seen by French critics at the time as a routine Jean Gabin vehicle and dismissed as clichéd since he had played similar characters in the past.

American reviewers were not any more receptive with the Variety critic calling it “A grim, plodding film. Never gets to the true spark of the drama…Director Henri Verneuil gives it careful mounting, but has been unable to overcome the pedestrian story.” Possibly the downbeat nature of the film was simply too unsatisfying for American audiences who were used to more conventional Hollywood fare where the endings are neatly tied up and unambiguous. More than fifty years later, however, Des Gens Sans Importance looks like a late period entry from the poetic realism movement and is clearly overdue for a reevaluation.

Des Gens Sans Importance is not currently available on DVD or Blu-Ray in the U.S. I was lucky enough to see it as part of a Jean Gabin retrospective on Turner Classic Movies where it might turn up again in the future. You might be able to find a DVD copy of it from Europe if you have an all-region player.

* This is a revised and expanded version of an article that first appeared on the TCM website.